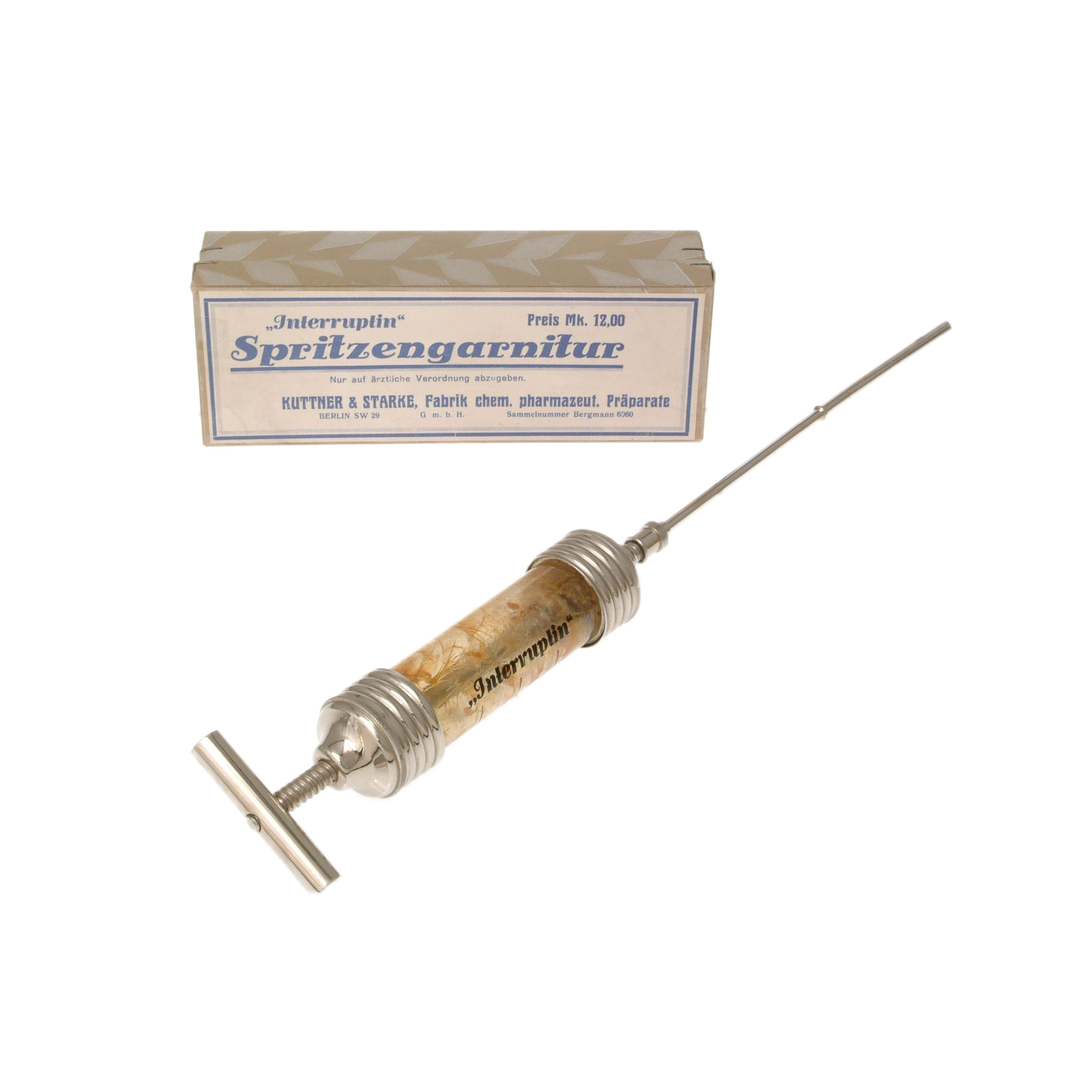 Interruptin, which was used for medical abortions, had to be quickly removed from the market due to fatal side effects.

Late in the 1920s, a Berlin druggist named Heiser developed this ointment, which he called Interruptin, for insertion into the uterus for the purpose of terminating a pregnancy. Originally a mixture of rosemary, aloe, myrrh, crocus, camphor, eucalyptus oil, iodine and thymol (an effective antiseptic) in a lipid solution (cocoa butter), the specific recipe changed over time.

The ointment was used to perform thousands of illegal abortions, and its effects were apparently so positive that the medical profession began to take note of it. In their opinion, Interruptin, “when used properly by a doctor, represents an improvement for gentle abortion procedures recommended by a medical professional”. As a result, Interruptin was used frequently until the problematic side effects became noticeable: more and more deaths were caused by air or fat embolism.

After that, all possible measures were taken to limit the use of Interruptin (advertising for it was banned, sales were limited to pharmacies, etc.), and then it was removed from the market completely. It did however remain popular among ‘laymen and quacks’ for some time because of its effectiveness.

Send as E-Mail
save as PDF
Back to: Substances