Museum for Contraception and Abortion: is it needed at all? 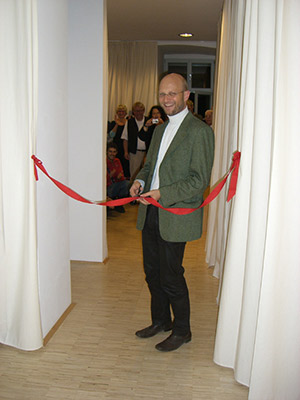 The museum for Contraception and Abortion (MUVS) in Vienna was founded in 2003 by DDr. Christian Fiala (born 1959), medical practitioner and gynecologist with experience in France, Asia (Thailand), Africa (Uganda, Tanzania, Malawi) and Austria. About his motivation he says: “As a doctor I can only reach and educate a limited number of people about their fertility and how to best deal with it. As a scientist and lecturer it is a bigger number, but only through the museum it is possible to spread the knowledge about reliable contraceptives and medically safe abortions on a global scale.”

The lion´s share of the MUVS´ establishment can be attributed to joint efforts of three individuals: DDr. Christian Fiala, Dr. Susanne Krejsa MacManus and Mag. Barbara Sommerer, who all shared and contributed their versatile knowledge, curiosity and imagination as well as their national and international contacts. Christian Fiala as a gynaecologist with long-term practice in the field of birth control in Austria and abroad and as a researcher and lecturer, Susanne Krejsa MacManus as a science journalist and archivist and Barbara Sommerer as designer with a claim to artistic realisation of its architecture.

Why is this important?

The main goal of the museum´s team is to document the cultural history of birth control by means of contraception and abortion. A gist of what Freud had put in 1898: Separating sexuality from reproduction is to become one of the greatest triumphs of humanity. On average, 15 pregnancies are ‘natural’ or ‘intended by nature’. From those result about ten births, depending on state of health, living and hygienic conditions, access to clean drinking water and nutrition etc. Back in the days, only about 7 in 10 children survived. This enormous number of children is and was too high for most people, though – be it for economical, social or other reasons. Therfore, birth control is and was a central issue across generations and most cultures. Because of a lack of medical understanding effective contraception was impossible back in the days. What made it worse was that governments and the church prohibited the few contraceptive methods available as well as abortion. In some countries, this is still the case today (e.g. Ireland, Poland, India etc.).

The goals of the Museum for Contraception and Abortion in Vienna are: explaining the relationship between sexuality and fertility, and how over centuries it was desperately tried to break up this connection; we also want to raise awareness among and educate the younger generation.
Without choosing a side or judging, countless objects are collected, inventoried, indexed, documented and presented. By now, about 2,000 objects and about 3,000 partly out of print books are available via this website.

Today we see a largely self-determined approach and access to sexuality and reproduction in the Western countries. Yet, the availability of knowledge about its biological context as well as the awareness and use of effective birth control methods still seem to be insufficient, as nearly 35,000 abortions per year alone in Austria prove. The significant demand for non-formal education is also confirmed by roughly 30,000 pupils, who attended the interactive (storytelling-based) guided tours conducted at the MUVS since March 2007. Pursuing the overarching vision of self-determination in issues linked to sexuality, fertility and reproduction, the MUVS engages in collecting, documenting, researching, presenting and educating of everything in connection with this certainly interesting part of our cultural history. 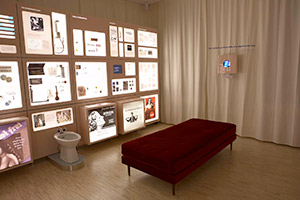 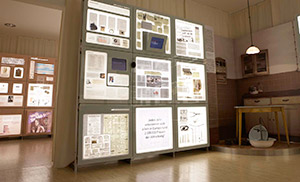 Who is behind it?

Already as a student Christian Fiala was active for family planning, in Austria as well as internationally. In 1999 he was instrumental in the introduction of medicinal abortions and 2001 in the project to support giving birth anonymously in Austria. Since 2003 he is medical director of Gynmed Clinic in Vienna and since 2005 also works at the Salzburg State Hospital.
2005 finished his dissertation and graduated with a PhD degree from the University Clinic Karolinska in Stockholm. Since then he is also part of the local research group for the improvement of contraception and abortion. Dr. Fiala is also author and co-author of numerous national and international publications in the area of contraception and abortion and since 1999, has held some 230 lectures at national and international events and conventions on contraception, emergency contraceptives/ morning-after pill, and abortion.
Science journalist Dr. Susanne Krejsa MacManus and the museum designer Mag. Barbara Sommerer also significantly contributed to the establishment of the museum. Mag. Sandra Abrams took over comprehensive archive research.
The Museum for Contraception and Abortion is the only one of its kind; therefore, there weren’t any examples that could be followed. Not only reworking the contents, but also the ‘inventing’ ways to present them was necessary. This was done in cooperation with the two businesses 'Mit Loidl oder Co. Graz’ and ‚RAM’. Besides Christian Fiala, Susanne Krejsa MacManus and Barbara Sommerer, a team of versatile free-lancers entrusted with a comprehensive archive research also contributed to museum´s research work and establishment. On their search for documents concerning the contraception and abortion ban, they had been combing through every major archive in Austria for two years and more than often were the first, who eventually brought these materials to light again. The database and website were developed and are maintained by 'FOX medialab & design’.

For the visitor the true amount of the detail work remains invisible: Especially the inventory of our meanwhile almost 6,000 individual objects and instruments, books, posters, articles etc. that at the beginning had been conducted by many enthusiastic and committed students. We too owe a great debt of gratitude to interested colleagues, friends, family members and other interlocutors, who initiated the constitution and the further growth of the museum by contributing their information, assistance, ideas and tips. Among others we also thank to the doctors and counsellors at the Gynmed clinic ambulatories, who accompany this project with their keen interest and kind understanding.

The museum is carried by a private Austrian association. Revenues stem from entrance tickets, tours, sales of postcards and brochures, as well as from occasional donations. The establishment of the museum and to a large extend the maintenance of the museum are financed by the estate of Mr. Winfried Fiala (died 2001). He was a witness to what it meant not to be able to make decisions about one’s own fertility, and therefore supported the commitment of his son, Dr. Christian Fiala, throughout his life.