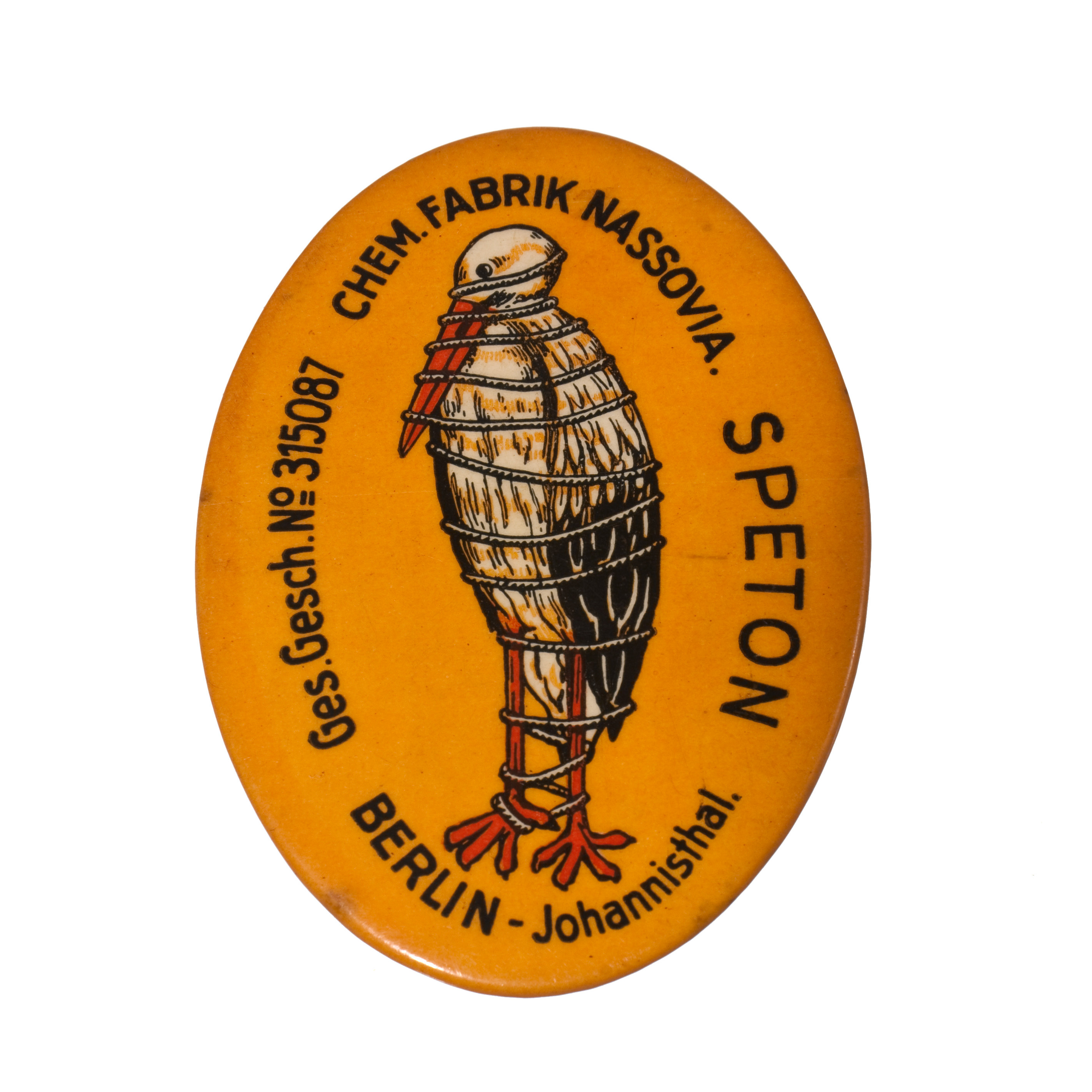 Pocket mirror as advert for Speton contraceptive tablets shows a stork bound with rope in front of orange background.

Protecting the ‘bound stork’ as a trademark was not possible because, according to the opinion of the Patent Office in the mid 1920s, it offended the ‘normal sense of morals’. In addition, the manufacturer of Speton tablets was taken to court because of its advertisement in a pharmaceutical journal, which depicted the package with the bound stork. The bone of contention, however, was not the stork itself; contraception was considered indecent and even more so an advertisement for contraception. For this reason, the manufacturer formulated its recommendation carefully: “Using Speton is not recommended for women who are able to maintain and increase the size of our ethnic stock.”

Germany’s Reichstag took the discussion concerning the bound stork as an opportunity to relax the laws dealing with indecency, Articles 301-303, in October 1929. The Social Democrat representative Julius Moses MD was a resolute proponent of such relaxation: “Such proceedings and regulations must be made impossible in the future so as to effectively fight the plague of abortion. The industry’s efforts should not be crippled, they must instead be encouraged.”

Finally, contraception was no longer automatically treated as an ‘indecent practice’, and the following wording was approved for Article 301: “Whoever offers for sale, sells, distributes or circulates in any way, manufactures for the purpose of distribution, procures, stocks, advertises, recommends, or puts on public display an item intended for an indecent practice will be punished with up to two years in prison or a fine.”

At that time, of the Reichstag’s 491 members only 12 belonged to the National Socialist German Workers’ Party. Just a few years later, all liberal provisions were rescinded and then reversed completely: the Nazi regime regarded reproduction as a ‘duty to the folk’.