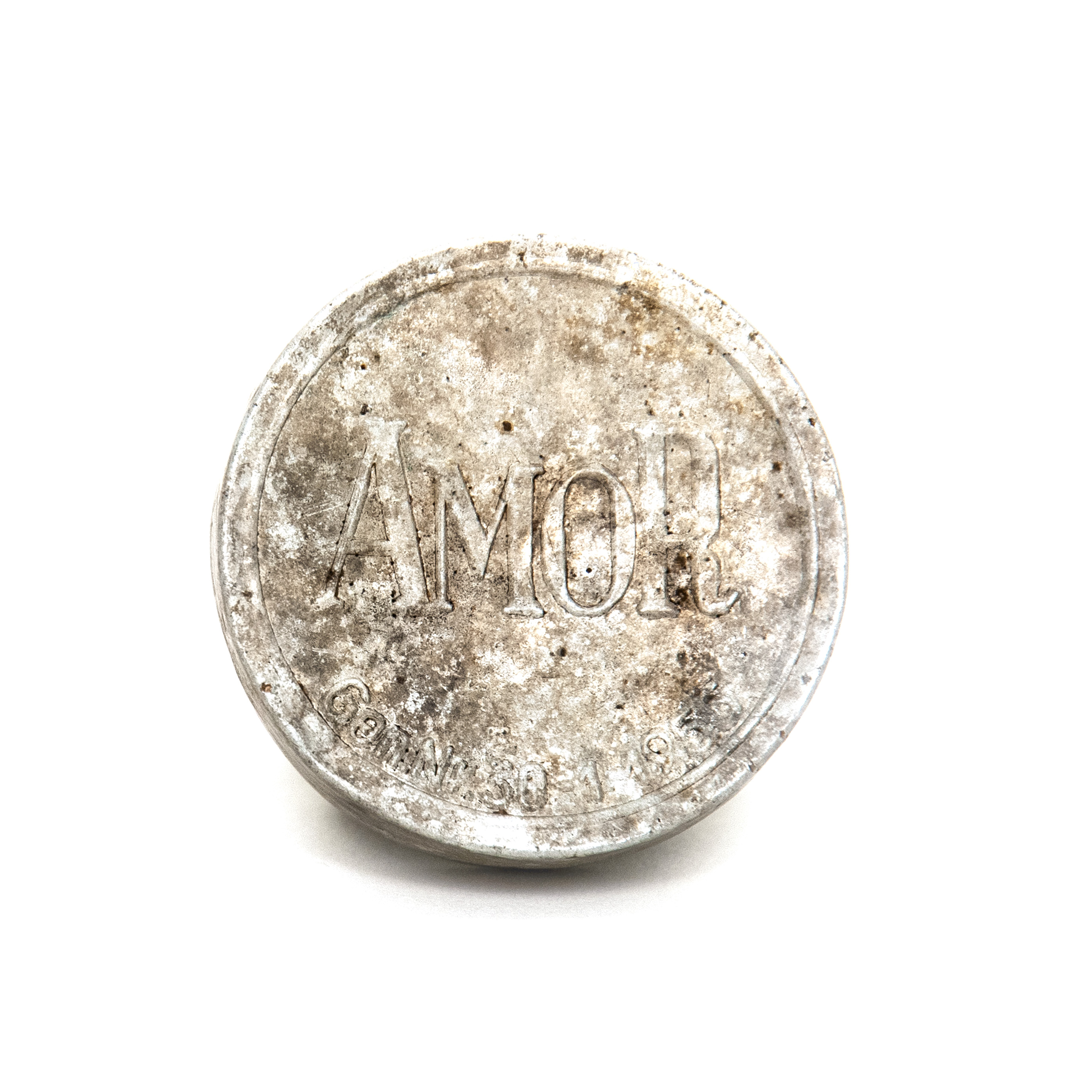 This small metal container was found during a treasure hunt with a metal detector at Welchenberg, located near Düsseldorf in Germany’s North Rhine-Westphalia. It originally contained a condom.

Similar aluminium containers with condoms were issued to soldiers during WWII. For example, a written order issued by the local commander of Calais, dated July 1940, says: “Every German soldier is hereby ordered to employ a condom whenever engaging in sexual intercourse.” This regulation seems to conflict with the law at the time, as “advertisements for, praise of or display of” contraceptives was made a punishable offence in 1933. In spite of this fact, as many as 27 million condoms were used in 1938: they remained available due to the fear of sexually-transmitted infections, because antibiotics suitable for treating them did not exist yet.

We assume that the container in our collection dates from this period. The location it was found supports this view: what was once a children’s health resort, Haus Welchenberg, housed a National-Socialist school for the ‘ideological and political instruction’ of regional political leaders and associated groups from 1933 to 1945.

On the other hand, our object might date from the mid-1950s, considering the imprint Gen.Nr. 30-1-1955, about which we have been unable to find any information.