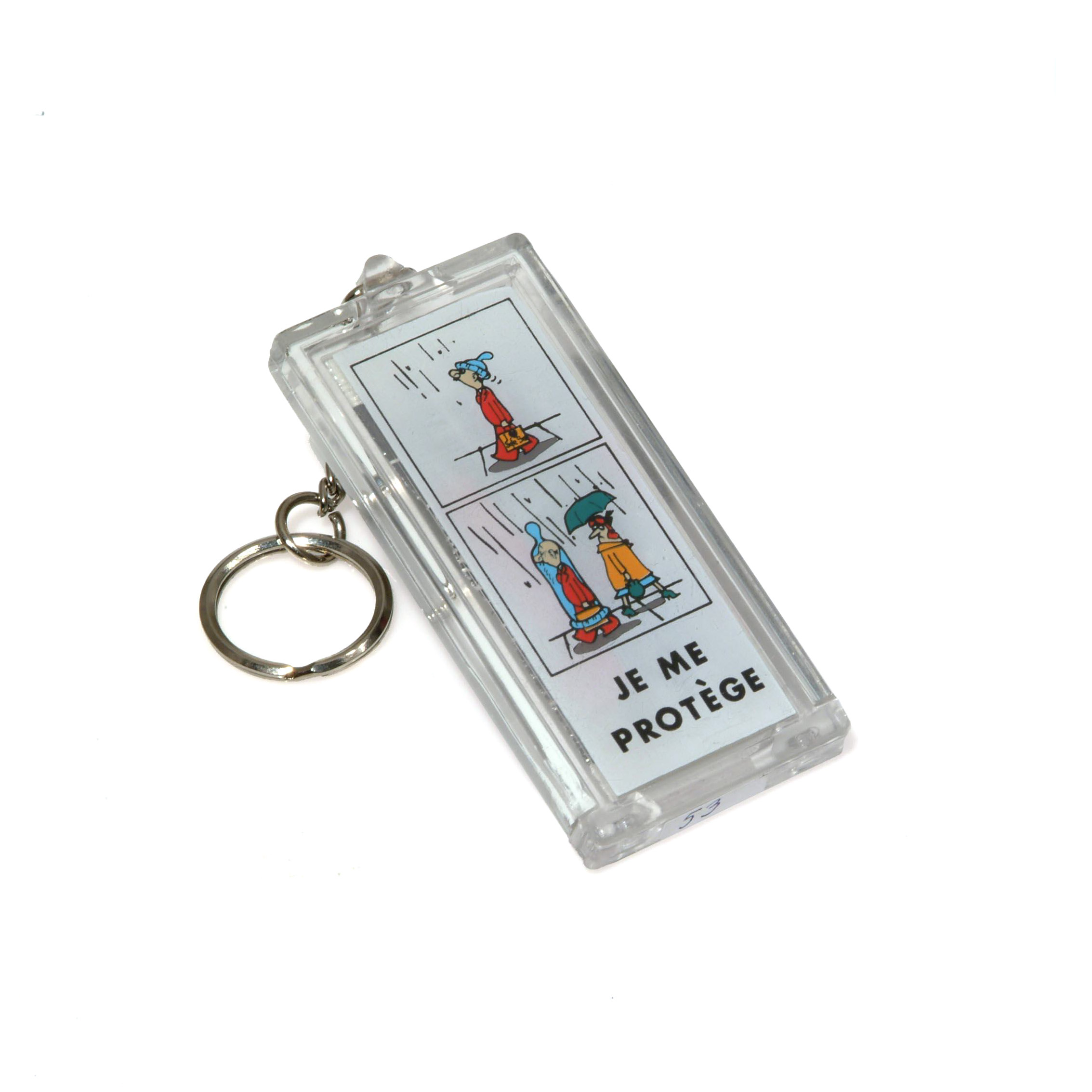 A keyring that contains a condom. In addition to the condom packet, the plastic box contains a piece of paper on which is written: “Je me protège.”

Two images can be seen. The first depicts a small man who is wearing a condom like a pointy cap. In the second picture, it is raining and the little man has pulled the condom over his body.