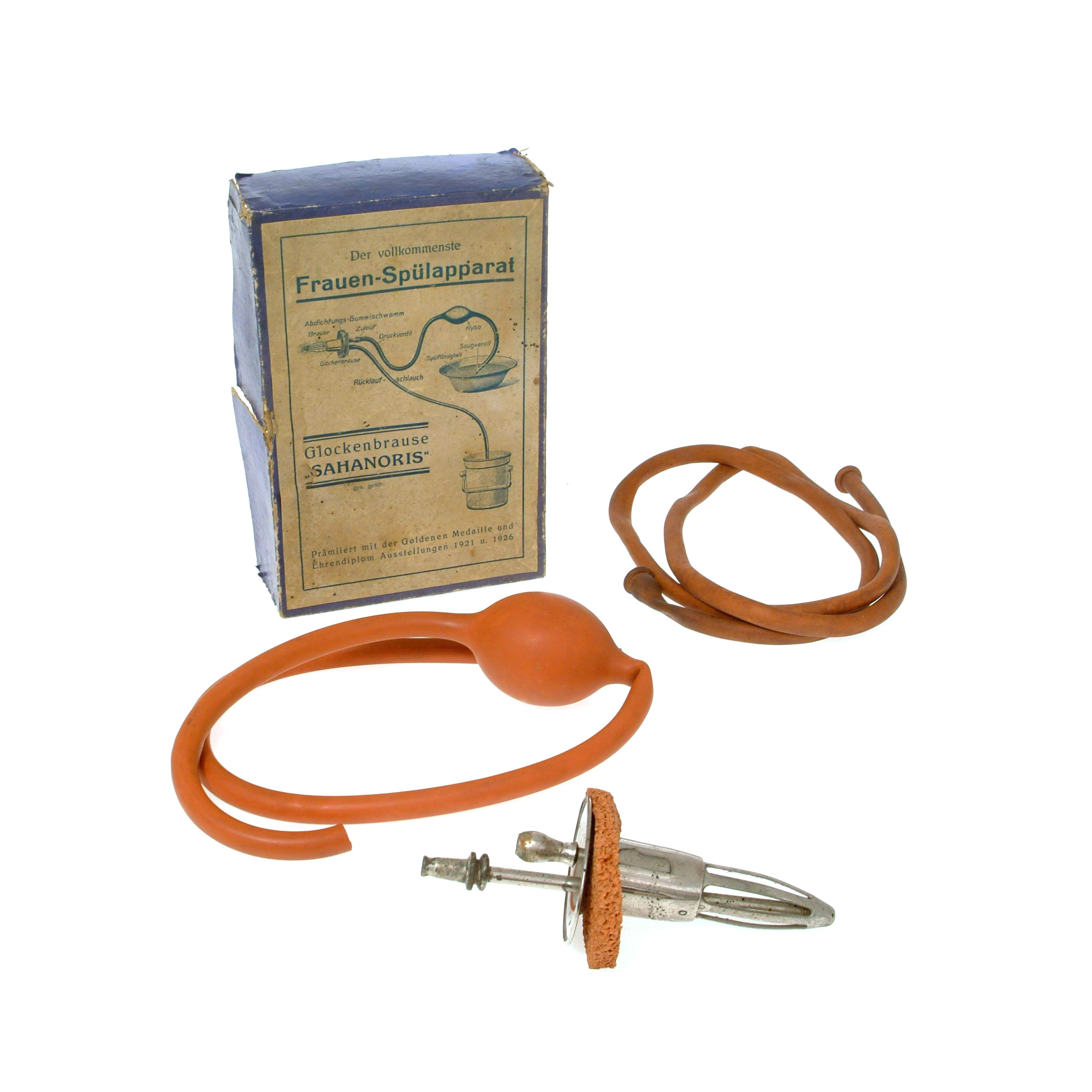 We gave a Sahanoris vaginal douche from the 1930s on permanent loan to the Ravensbrück memorial. This item is intended to serve as a reminder that during the Third Reich all forms of contraception were considered undesirable (for what were termed Aryan women at the time) and abortion was banned completely. Whoever made use of the methods then available was put on trial and sentenced to imprisonment with hard labour or, if found to be a ‘dangerous habitual offender’, sent to a concentration camp. Even a few death sentences were handed down.

A 2009 radio broadcast tells the story of two women from Austrian city of Wels who were sent to the Ravensbrück concentration camp for performing backstreet abortions (in German): http://sendungsarchiv.o94.at/get.php?id=094pr3512

The device box has been restored for severe damage.

Send as E-Mail
save as PDF
Back to: Vaginal Rinsing