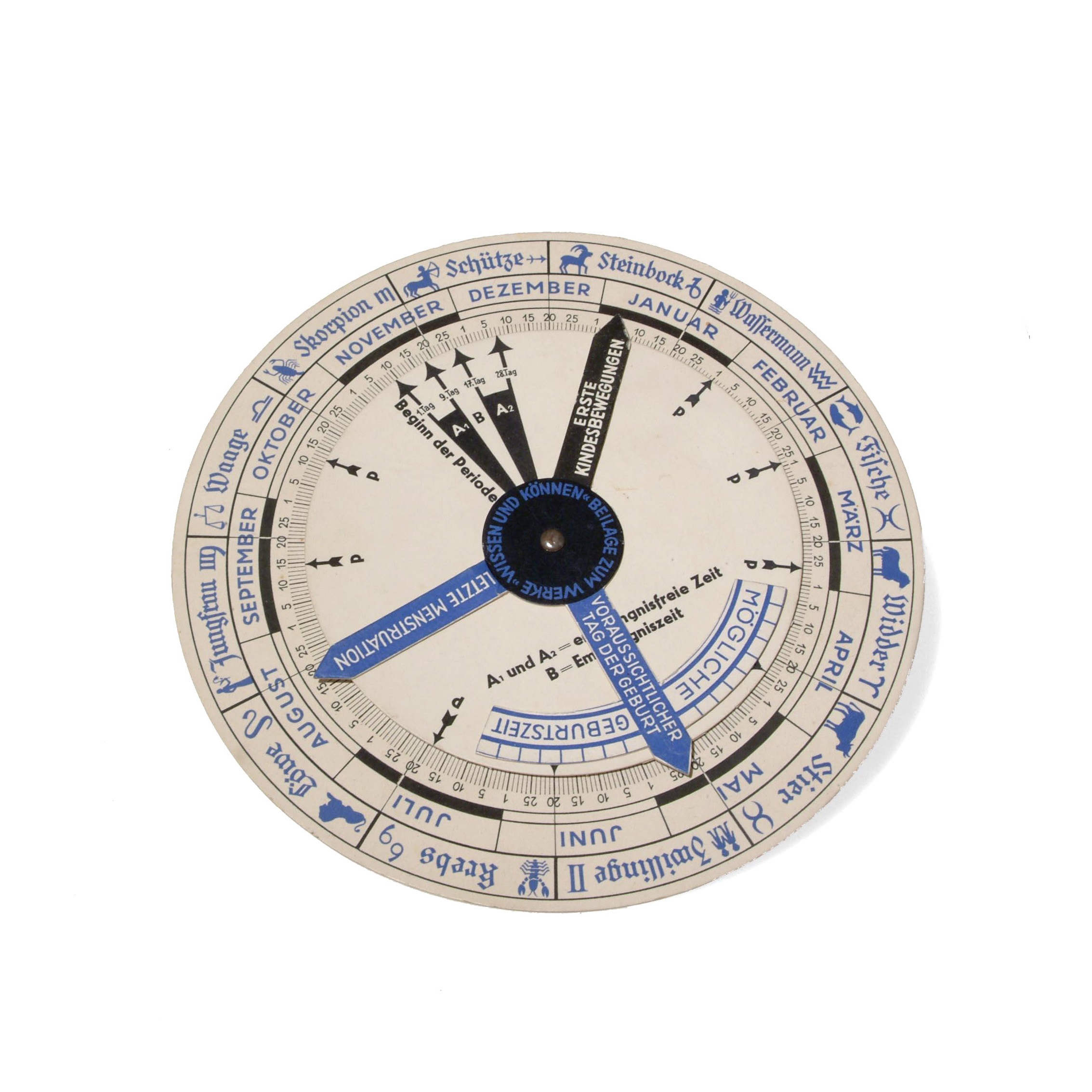 Calculation disc to identify the presumable dates of birth and conception as well as the fertile and infertile periods for women with 28-days´ cycles.

The front side comprises of three discs. The biggest disc indicates the months, days and zodiac signs. The middle one specifies the beginning of the menstruation and the fertile and infertile periods. The smallest disc with three legs marks the time of the last bleeding, the first movements of the child, the presumable date of birth and the potential time of birth. The reverse side of the first disc offers instructions of use.

The method is based on the findings of Hermann Knaus and Kyusaku Ogino from the 1930´s. Knaus and Ogino were the first scientists, who managed to correctly identify fertile and infertile days. This counting device can be used with 28-days' cycles only.

Send as E-Mail
save as PDF
Back to: The Rhythm Method or Self-Observation