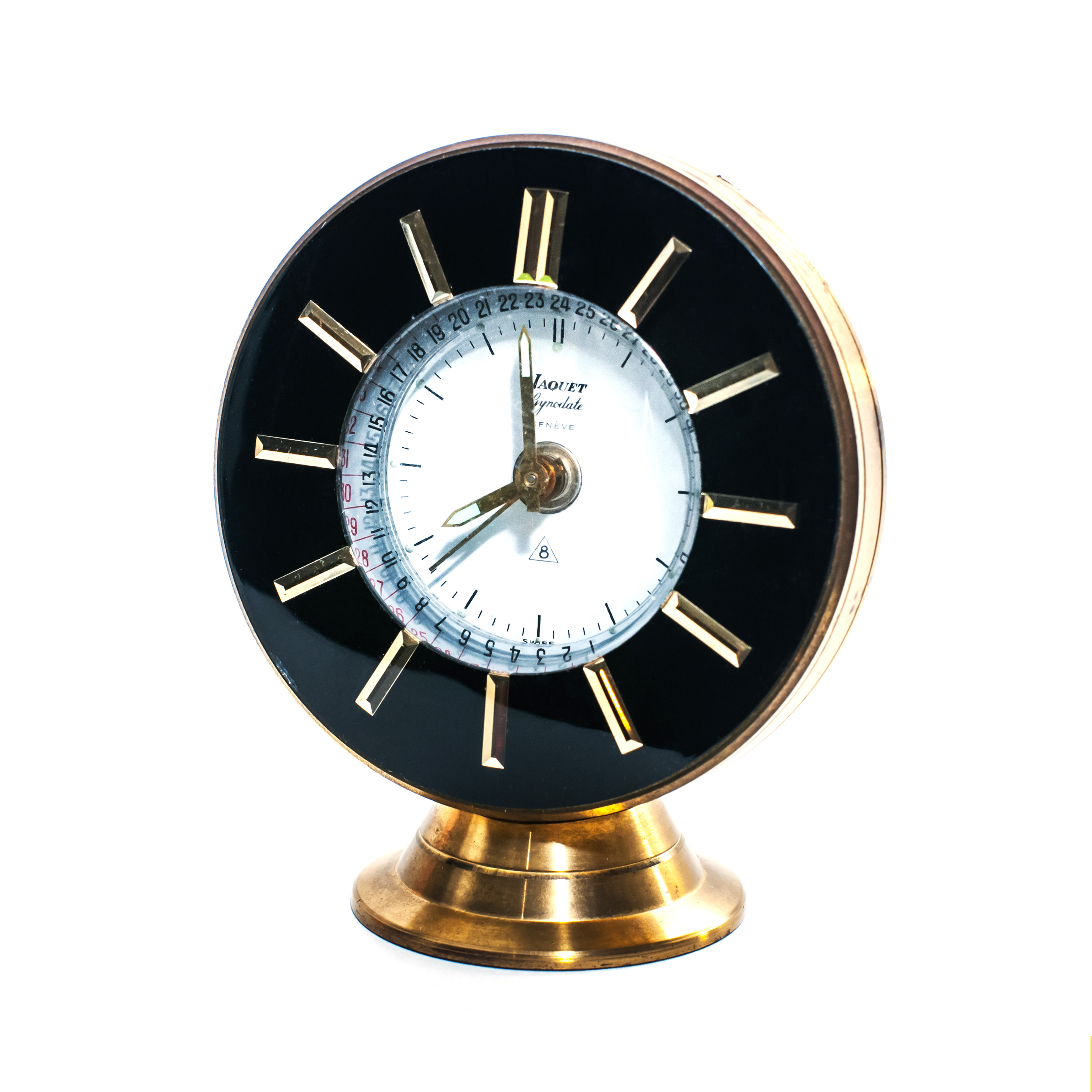 At first glance, the Gynodate is merely a tabletop clock with an elegant case. However, the front cover can be raised to obtain gynaecological information in addition to the time of day, date and wake-up time: Gynodate “discretely” shows the fertile and infertile days in the menstrual cycle, the cycle itself, and the date of ovulation.

Designed by the inventor Walter Thiele, this innovation, based on the theories of Hermann Knaus (1892-1970) and Kyusaku Ogino (1882-1975), promises life-long happiness in its adverts: “Around the world, millions of women are already living happier, more carefree lives because they have been able to adapt intimacy in their married lives to the laws of nature.” Thanks to this clock, holidays, travel, parties, etc. can be planned around biological events. “When the instructions are followed precisely, this clock is absolutely reliable and will never let you down.”

Sticking to the instructions is important, since “contrary to widespread belief, the menstrual cycle is connected to neither the moon nor the months of the calendar. Furthermore, it is not true that the ‘normal’ menstrual cycle lasts precisely 28 days.”

In 1965, such intelligent tabletop clocks could be purchased for $19.95 at Hammacher Schlemmer (USA), a fashionable department store, which employed the following slogan: “Offering the Best, the Only and the Unexpected.” After the model ‘The Lady’ was well received at a medical congress – both by doctors and representatives of the church – Hammacher put in an urgent order with the manufacturer for 500 clocks. According to an advert in the New York Times, 100 were sold the first day they were in stock, most of them to men.

Our object is from the North American distributor, Gynodate North-America, Inc., which was located in the small town of Hawthorne, New Jersey. This town is named after the writer Nathaniel Hawthorne (1804-1864), whose best-known novel, “The Scarlet Letter”, tells the story of a woman who’s punished because she refuses to name the father of her illegitimate child. This is certainly a coincidence, though an amusing one.

Send as E-Mail
save as PDF
Back to: The Rhythm Method or Self-Observation