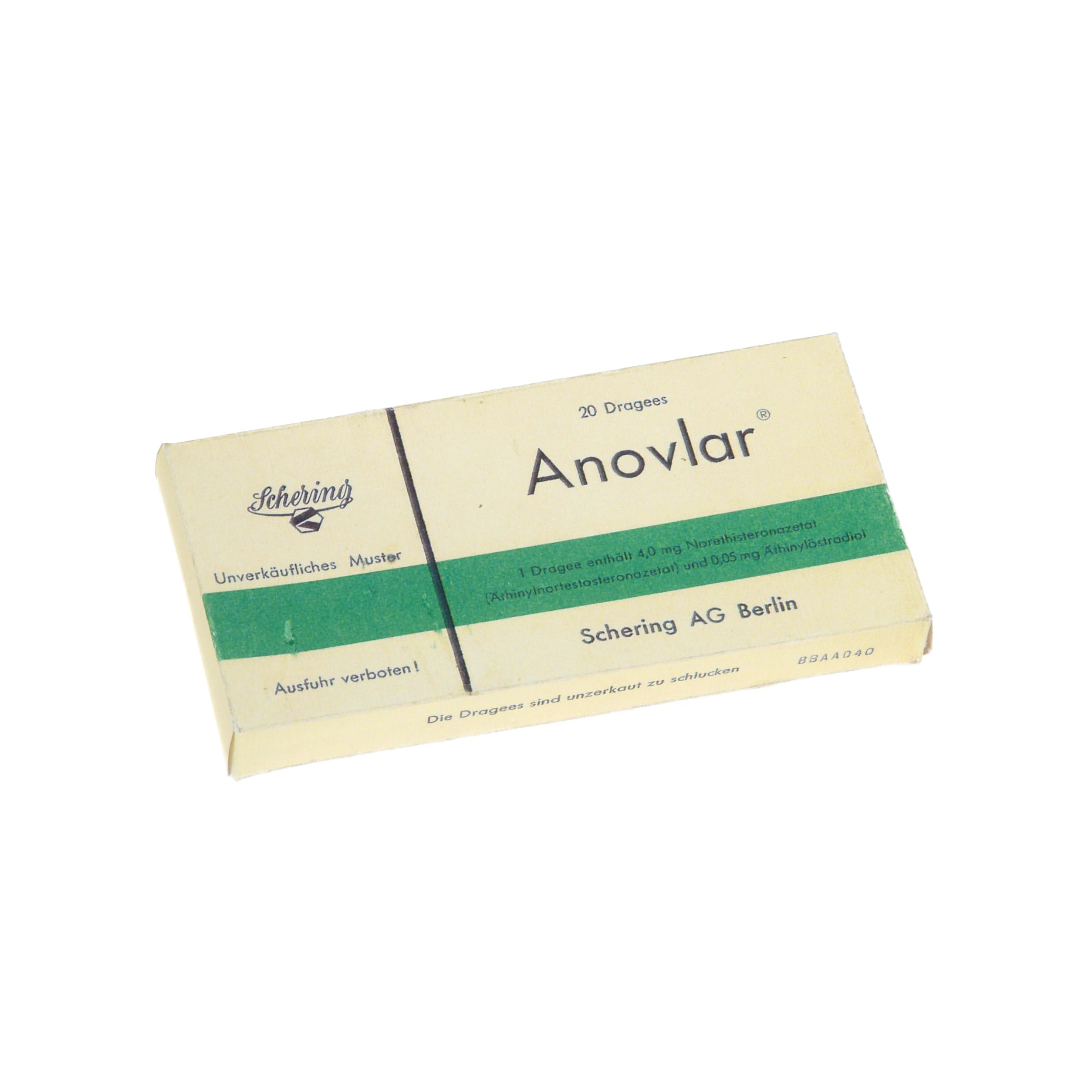 Thanks to the pill, women were able to effectively regulate their own fertility for the first time in human history. For moral reasons, it was prescribed solely to married women with at least two children at first, and later to women engaged to be married: “When a girl who can’t get married for whatever reason comes to see us, we can prescribe the tablets in certain cases.”

The pill’s introduction resulted in sweeping social change (the emancipation of women) and also a reduction in the birth rate. After peaking in 1959/60, the number of births dropped by approximately one-third.

Solely the packaging is included in the exhibit. Yellowish box with blue writing and a bright-yellow bar. Directions for use on the reverse.