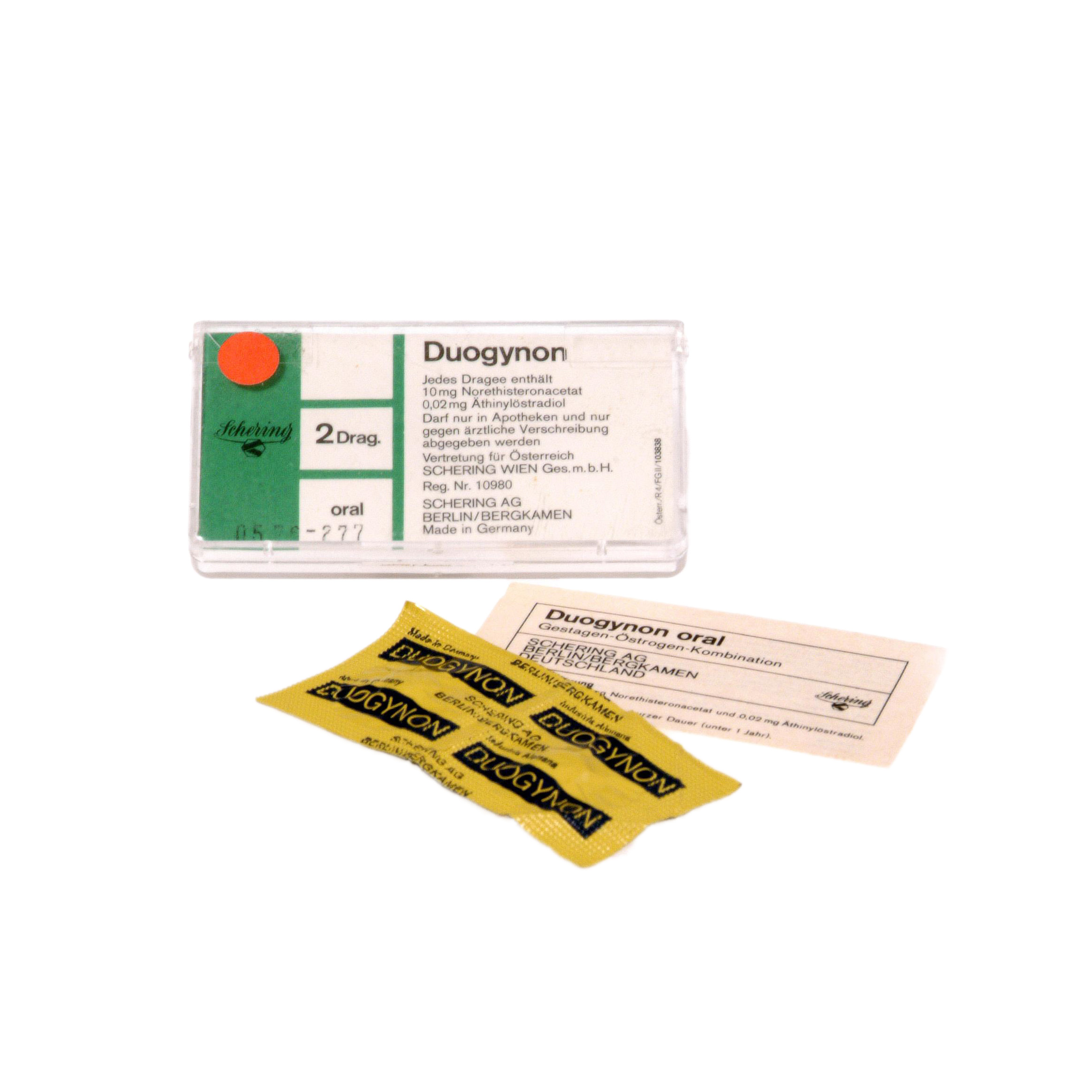 In the 1960s and early 1970s, women who suspected they were pregnant were often given the hormonal preparation Duogynon by their physicians. Short-term administration of the sexual hormones estrogen and progestogen, which are also produced in the female body itself, triggers menstruation within four to six days if the woman is not pregnant.

Pregnancy testing with Duogynon works on the principle that menstruation is triggered by a decrease in the level of certain hormones: when the egg cell has not been fertilised, the corpus luteum, located in the ovaries, stops producing progesterone. Administering progesterone in the form of an injection or two tablets triggers menstruation if the woman is not pregnant. If she is pregnant, progesterone is produced in an amount sufficient to prevent the onset of bleeding. Additional progesterone and estrogen do not affect an existing pregnancy, as they are already produced in a pregnant woman’s body. These two hormones are still used in various contraceptive pills.

Duogynon, in contrast to the biological pregnancy tests used before it, represented a true innovation. In the mid 1970s, the principle according to which it worked outlived its usefulness, and Duogynon was replaced by immunological tests, which are still employed. These tests produce results more quickly and are easier to use.

Combination of the female sex hormones progesterone and estradiol.

“No bleeding within four to six days after taking Duogynon is a sign of pregnancy” (from the product description).

Duogynon was used both as a pregnancy test and for the treatment of cessation of menstrual bleeding (secondary amenorrhoea), from June 1950 to March 1978 in the form of injections and in tablet form from 1959 to 1973.

Send as E-Mail
save as PDF
Back to: Pregnancy Tests