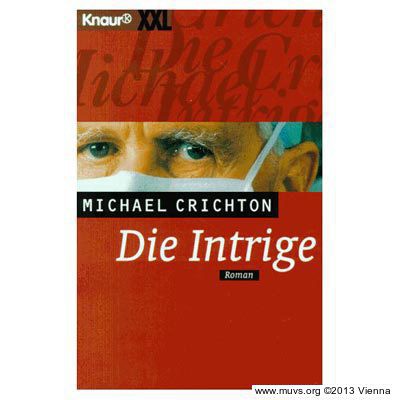 "...I couldn't sleep; I kept thinking all night. I had a vision of her going to a smelly back room somewhere and meeting a leering little guy who would letch her and maybe even manage to kill her. I thought about my own wife and our year-old-baby, and how happy it could all be. I thought about the amateur abortions I'd seen as an intern, when the girls came in bleeding and foaming at three in the morning. And let's face it, I thought about the sweats I'd had in college. Once with Betty, we sat around for six weeks waiting for her period. I knew perfectly well that anybody con get pregnant by accident. It's not hard, and it schouldn't be a crime."
---
"Listen," he said. "Morality must keep up with technology, because if a person is faced with the choice of being moral and dead or immoral and alive, they'll choose life every time People today know that abortions are safe and easy. They know it isn't a long, tedious, dangerous operation. They know t's simple and they want the personal happiness it can give them. They demand it. And one way or another they get it. If they're rich, they go to Japan or Puerto Rico; if they're poor, they go to the Marine orderly. But one way or another, they get that abortion."
---
"Karen Randall was brought to the Mem EW at four this morning by her mother. She was bleeding profusely - exsanguinating actually - and was in a state of hemorrhagic shock when she arrived. I don't know what treatment they gave her, but anyway she died. The police think I aborted her last night."
---
"...We see quite a few selfinduced or illegally induced abortions here. Sometimes the girls come in with so much vaginal soap they foam like overloaded dishwashers. Other times, it's bleeding. In every case, the girl is hysterical and full of wild lies. We just take care of it quietly and send her on her way."
---
"...We both recognize that abortion is a fact of life. It happens all the time. The last figures I saw listed American abortions at a million yearly; it's very common. Speaking practically, it is necessary. Our laws relating to abortuon are hazy, illdefined, and absurdly strict. But I must remind your that the doctors are much more strict than the law itself. The abortion committees in hospitals are overcaoutious. They refuse to perform abortions under circumstances where the law would never intervene. In my opinion, before you can change the abortion laws, you must change the prevailing climate of medical opinion."
---
"...He has been indicted under a seventy-eight-year-old Massachusetts law which makes any abortion a felony punishable by fines and imprisonment up to five years. If the abortion results in death, the sentence may be from seven to twenty years."
---
Death from abortion is a relatively rare event. This basic fact tends to be obscured in all the fanfare and statistics. The statistics, like the fanfare, are emotional and imprecise. Estimates vary widely, but most people agree that about al million illegal abortions are performed each year, and about 5,000 women die as a result of them. this means that the operative mortality is about 500/100,000.
This is a very high figure, especially in the light of mortality in hospital abortions. Death in hospital abortions ranges from 0-18/100,000, which makes it, at worst, about as dangerous as a tonsillectomy (17/100,000).

All this means is that illegal abortions are about twenty-five times as deadly as they have to be. Most people are horrified by this. But Art, who thought clearly and carefully about such things, was impressed by the statistic. And he said something very interesting: that one reason abortion remained illegal was because it was so safe.

"You have to look at the volume of business," he once said. "A million women is a meaningless number. What it comes down to is one illegal abortion every thirty seconds, day in, day out, year after year. that makes it a very common operation, and for better or worse, it's safe."

"There they are," Art said, "dying on the highways at the rate of about eighty a day. Everybody accepts it as a fact of life. So who's going to care about the fourteen women who die every day of abortions?"

He argued that in order to force doctors and lawyers into action, the abortion death figures would have to approach 50,000 a year, and perhaps more. At the current mortality rates, that meant ten million abortions a year.