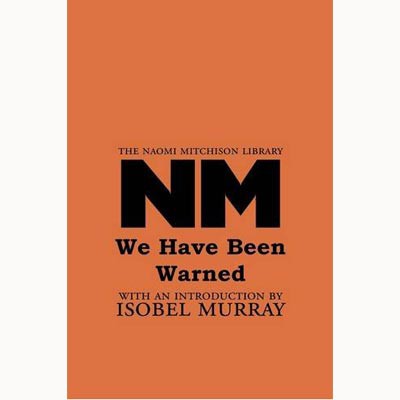 Like most of her married friends and contemporaries, Dione would occasionally have two or three days of anxiety, sometimes acute and very oppressive. It was hard to do anything requiring intelligence with that hanging over one; it was difficult not to be cross and snap at Tom and the children.

This time it was five days late. She had already tried a large dose of castor oil; vague pains had resulted, but now she was feeling dreadfully well again.

".... Still, of course it can be dealt with." She spoke rather impersonally: "It's expensive in this country - or else not safe - but I have the name of someone in Paris."
"You're sure that's safe?"
"Oh, quite. I should only be away ten days. I could get Phoebe to come over with me, perhaps."

She tought she would have one more try and took ten five-grain tablets of quinine. ... Nothing happened. Within a few days Dione began to feel absolutely definite signs ofmalaise, a dislike of certain foods, all the old things.

"Buck up, old girl," said Tom, watching her, that evening, "it'll all be over in a fortnight."
"I know," Dione said.
"Are you afraid of the actual operation?" Tom asked. "There's no danger if it's properly done."
"Oh, I know. Lots of people have it. I only rather wish I hadn't seen it done in Moscow."
"Looked beastly, did it?"
"Yes, only thousands of women do have it there. And of course I shan't be hurt. They give anaesthetics properly on the Continent. It's only - oh, Tom, I feel like a murderer already!"
"But, my dearest, why? Let's be logical about it. Is it any worse than birth control really?"
"Not really, I suppose. Only - oh, Tom, the little wretch has taken root in me and it's so tough that it won't move for quinine and stuff. It's got the will to live. It's intending to be a man or a woman. And - and then they go and dig about with a great metal forceps and drag him or her out of me. And so - and so it feels like murder."
"Oh, lord, Dione, don't make it so damned personal. It's just al collection of cells growing in you that oughtn't to be there - like a cancer. It's not even a recongnisable shape. It's no more a person than the two cells it grew out of were. I don't feel it's possibly personal, and it's half me as well."