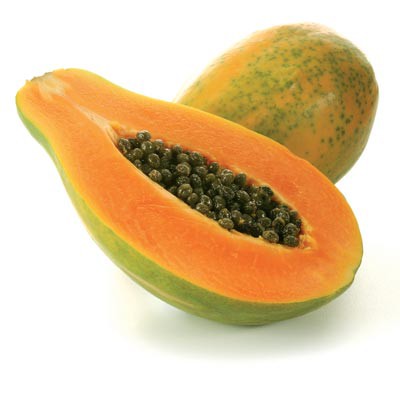 “Juice four oranges and add one teaspoon of papaya seeds. After a few seconds add two bananas, a dash of lemon juice and some gingerroot, and blend this mixture for a few seconds.” The resulting concoction’s undoubtedly delicious and packed with vitamins. But it’s actually being recommended as a contraceptive for men!

As proof of its effectiveness, supporters claim that this potion has long been used by primitive groups in Pakistan, India, Sri Lanka and Africa. Folklore probably isn’t the best type of advert, as these countries aren’t known for successful family planning – on the contrary. For example, India’s population has the highest annual growth rate in the world.

Various authors have provided conflicting information about its reliability: one practitioner of complementary medicine has expressed the opinion that taking one teaspoon of papaya seeds per day can reliably make a man sterile after three months. Other sources state that after being given papaya-seed extract, rabbits become “almost completely sterile”. The qualification ‘almost completely’ doesn’t really instil confidence in women/couples who prefer not to have children.

Disregarding all non-medical contributions to the discussion – for example those involving genetic engineering, radiation used to preserve foods, problems caused by pesticides, fair working conditions, etc. – and concentrating on scientific facts, papaya seeds and papaya extract have been shown to be truly effective and low in side effects with rats and rabbits. However, not many studies have been conducted recently, and none involving humans. As yet, no satisfactory evidence has been provided regarding the reversibility of this method.