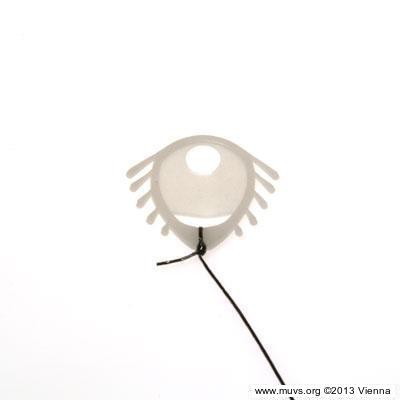 The enormous variety of coils or IUDs (intra uterine devices) that have been devised over time is very surprising. Consider the sad a fate of the ‘Dalkon Shield’: Its shape resembles a round bug or fish with one large eye and five legs on each side. Since removing it needed some force it had a unique tail which was not a single filament like all other coils, but many fibres wound together and enclosed in a sheath. This detail was responsible for frequent and very serious side effects as in the plaited thread bacteria could establish themselves. If a woman became pregnant despite using a Dalkon Shield these bacteria could migrate into the uterus and cause serious infection. A few women even died. The Dalkon Shield had been marketed in great numbers since 1970 although initially only a few insufficient studies existed. Due to these severe side effects many women sued the company which went bankrupt soon after.

The confidence of American consumers and gynaecologists in coils (IUDs) was damaged for decades. Until recently even new and trustworthy coils were not much used in the USA, in contrast with other parts of the world where IUDs play an important role in family planning.