When can a woman get pregnant? Austrian–Japanese consensus. 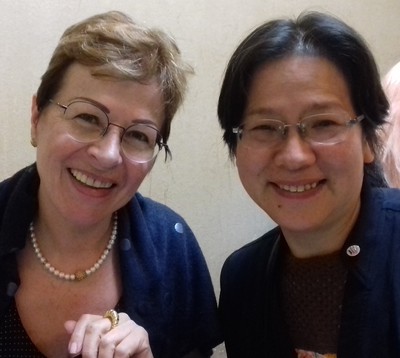 October 2019, marks the 150th anniversary of the signing of the Austro-Japanese friendship, trade and shipping treaty of 1869.

However, this list is forgetting one important area: medicine.

One example of mutual influence is a matter that concerns us particularly deeply: depending on one’s geographical viewpoint, it is called the Knaus–Ogino rule or theOgino–Knaus rule. It explains why women can only get pregnant on some days, which days these are, and why. Due to the natural time interval between ovulation and subsequent menstruation, it is possible to calculate these. The Knaus–Ogino rule is poorly suited as a method of contraception, because it is not reliable. However, in cases where a child is desired but attempts have been unsuccessful, it is a helpful first step down the long road.

Yet, without the foundations provided by the research and findings of Hermann Knaus and Ogino Kyūsaku, modern concepts of contraception – for example, the development of the pill – would not have been possible.

The Austrian Hermann Knaus (1892–1970) is well known to us, and since 2017 a detailed book exists on his life and work.[1]Ogino Kyūsaku (1882–1975), however, is more impenetrable for the research; on the one hand, due to the language – an antiquated form of Japanese – and, on the other hand, because very few of his works are available in European libraries in the original.

Although we at the Museum of Contraception and Abortion predominantly focus on European issues, our interest is international. This relates to methods and instruments, researchers and developers, life destinies and accounts, and ordinances and legislative matters. Through contacts with doctors, medical historians, sociologists and visitors from all over the world, we gain knowledge and receive additional material for our collection, our archive and our library.

We have the Japanese gynaecologist and researcher Dr Tomoko T. Saotome from the Louis PasteurCentre in Kyoto/Japan to thank for one important new addition: a copy of Ogino's work Gynaecological Conception, which was published in Tokyo in 1934 as volume 9 of the series Obstetrics and Gynaecology (Kinoshita sanka fujinka sōsho. 9, Fujin no jutaiki). The publisher was Prof.Kinoshita Masanaka from the University of Tokyo, where Ogino had received his education. Full of pride for his former student, Kinoshita wrote in the foreword: "I am convinced that this work will not only make a contribution to medicine, but also to society."

In this context, it is worth knowing that Ogino had already made his findings public in 1924 – five years earlier than Knaus. German was the language of medicine in Japan, which is why Ogino was very familiar with the relevant research. By contrast, European and American scientists limited their interest to the medical literature that was accessible to them, which is why, for example, they were not aware of Ogino's research until he personally presented it in Germany. The twocalculation methods were developed separately from one other using different research approaches, but they differ only slightly. Ogino's main achievement was replacing the counting method that had been used up until that point, based on theweeksof a woman's cycle, with the much more accurate method of counting days.

The more practice-oriented part of the new addition to our library already exists in an English translation from 1935, but even those not familiar with the original language can see from the extensive list of literature that other areas have not yet been translated at all and are still awaiting scientific evaluation.