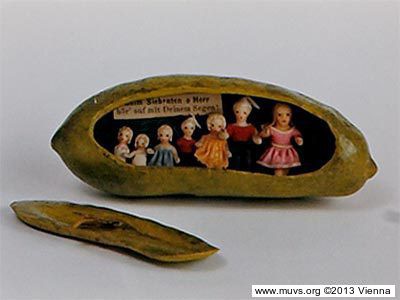 In the absence of accurate information, the subject of contraception has always been associated with superstitions and unlikely advice. The methods described here are ineffective or even dangerous and so should not be followed – our intention is simply to inform and entertain.

In antiquity and through the middle ages, so-called ‘wise women’ used to help using herbal tinctures, salves and drinks. Although some of these may have been effective, many were useless or even dangerous. For example, one such recipe for preventing conception recommended burning the hoof of a mule, mixing the ash with wine and drinking the resulting concoction. Some superstitious practices persisted into the 19th century; for example, women used to take wax cucumbers to church as votive offerings, using them to ask the Virgin Mary to bless them with fewer children.

‘Coitus intermenstruus’ refers to the belief that it was safe to have sex on particular days before and after menstruation without fear of pregnancy. This belief was propagated by the pastoral physician Carl Capellman, but could not be confirmed by doctors: women did fall pregnant despite having only had sex on the days Capellman said were safe (this was before Knaus and Ogino discovered that a woman’s fertile time actually falls around half way between two periods).

Another misconception was that a woman couldn’t get pregnant if she was breastfeeding. However, in fact that is only true if the baby is being fed regularly every four hours, including at night – otherwise lactation does not stimulate enough of the hormone that suppresses ovulation. It is equally ineffective to try to suppress ovulation by sucking on the breast in order to stimulate lactation without a pregnancy.

At the beginning of the 20th century a small ‘plug’ to close off the male urinary tract was developed, which was supposed to collect the ejaculate in a small balloon. This development proved a failure too.

In ‘Cohabitatio lateralis’ the man lies on his right side and the woman on her left. They have intercourse without further contraception. A contraceptive effect was supposed since in this position the penis cannot reach the cervix and so the sperm cannot therefore be ‘tossed’ into the womb.

There are currently tales of a method that entails the woman pressing firmly with her hand on the underside of the penis shortly before ejaculation, so that the sperm might be pushed into the bladder and later excreted in the urine.

Bending the knees, hopping, climbing, walking or urinating after sex are similarly ineffective as methods of contraception.