Health Manuals: The Netdoctors of the Turn of the Century 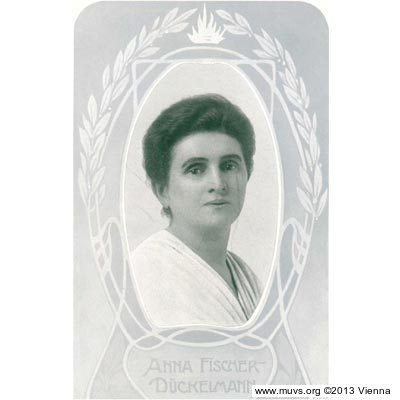 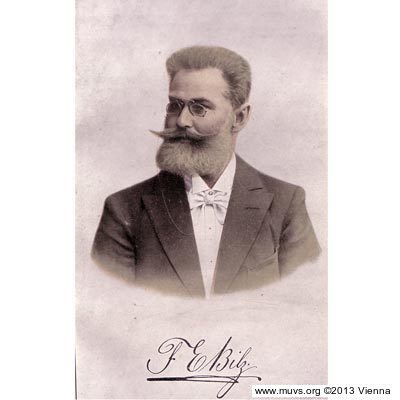 Why were these manuals so popular that one could be found in nearly every third German household [MU1]? How did their readers benefit?

They provided the same advantages as health information obtained from the Internet today: a little more independence for patients, aid in diagnosing one’s own problems, and a source of information on possible treatments, all available at any time and free of charge. While such access to information is normal today, these books were revolutionary at the time, and their simple style made them classics.

The New Naturopathy: From Abdominal typhus to Yellow fever

In his book, which is almost 2000 pages long, Friedrich Eduard Bilz deals with a variety of illnesses, from abdominal typhus to yellow fever. He recommended that his patients use leg compresses to speed their recovery, prescribed hot baths, and drew up special diets. Bilz himself never studied medicine, surprisingly enough. Originally a weaver, he then ran a grocer’s shop, was a self-proclaimed naturopath, wrote health manuals, and owned a health spa. This may be the reason he padded his remarks about illnesses with excerpts from medical publications, as a way of increasing his credibility. Bilz’s most important service was compiling a comprehensive collection of material and communicating it in easily understandable form.

In the chapter “Gynaecological Disorders”, the reader learns, among other things, “about the procreation of humans” (page 335), the “arbitrary procreation of boys and girls” (page 338), and “excessive boon of children and avoiding it” (page 351). Bilz mentions contraceptives such as the condom, the brass pessary and the vaginal douche called Menschenliebe (“Human Kindness”), and he warns his readers to avoid using unreliable sponge pessaries. The matter of reliability is dealt with through an article by gynaecologist Dr Hartmann, “Is the prevention of pregnancy justified?” (page 352), which calls for a sense of responsibility with regard to controlling fertility.

The Sex Lives of Women: Between Emancipation and Obsessive Primping

The author of another popular guide, Anna Fischer-Dückelmann, was about 14 years younger than Bilz and one of the first women to study medicine. She began by attending a university in Zurich, as women were not permitted to engage in this course of studies in Germany until 1900. When she started, Fischer-Dückelmann was 34 years old and had three children. Not unfamiliar with the field of naturopathy, she spent the early years of her career as a medical assistant at Bilz’s health spa. It could be that his health manual inspired her to write Das Geschlechtsleben des Weibes (“The Sex Lives of Women”), which was published in 1900, 12 years after Bilz’s “The New Naturopathy”. However, the focus of Fischer-Dückelmann’s work was slightly different, as it concentrated on the female body and female sexuality.

Fischer-Dückelmann addressed female readers for the purpose of emancipating them through knowledge. “Time has shown us how far we have come, while only men fought for women’s rights!” (page 134). At the same time, it does not read like a political broadside. Presumably, the reason for this was a 1900 change in the law that meant a difficult turning point for sex-education literature: the new Section 184.3[1] banned the display of or advertising for objects intended for “immoral purposes”, meaning contraceptives. Violations were punished with prison sentences and heavy fines, and this swept sex-ed books from the market and made sales of contraceptives more difficult.[2]

Fischer-Dückelmann provided information and explanations concerning biological processes in the female body. In places, she shocked her readers with ‘provocative’ claims, such as that women were not put on Earth merely to serve men (page 41). Apart from that, both physical and psychological aspects of female sexuality are revealed when the author discusses aspects of pathological female sex lives. The doctor identifies three groups: the pathologically excited, the apathetic and the perverse woman.

Fischer-Dückelmann was most interested in psycho-social observations which were useful in finding possible approaches to improve women’s lives. She recognized the excessive physical strain caused by frequent births and thoughtless, inconsiderate men. How can the health of children and mothers be maintained? “At least three years must pass between births so that the woman can wholly recover and the child can enjoy its mother’s undivided care until the fourth year of age” (page 156).

To do this, the author saw no alternative to the old-fashioned method of abstinence: “When no more children are desired in the interests of the woman’s health or due to extreme poverty, the most natural and moral thing to do is to refrain from engaging in sexual intercourse entirely” (page 157). As contraceptives were considered immoral, she was forced to advise against them, at least on the surface: She claimed that while vaginal douches with cold water, silver pessaries, condoms and premature withdrawal have destructive effects on body and soul, they represent the lesser evil in certain cases. In a roundabout way, Fischer-Dückelmann informed her readers and argued for the use of contraceptives, though solely in “exceptional cases”. In case of illness, the need for some means of protection should override moral considerations: “The prevention of reproduction [...] makes each act of actual or imitated copulation an imperfect or unnatural and therefore only partly justified deed. This is true of the sophisticated contraception of fertilisation by means of preventive intercourse, which we have always characterised a minor evil as compared to two greater ones. Unfortunately, it is justified in light of the current unpleasant circumstances, as it prevents misery and, when practiced with discretion and care, does not harm the health” (pages 89-90).

In the author’s opinion, emancipation of women does not entail a liberation from motherhood, as “no sex, no society can permanently escape its natural duties without eventually undermining its life and paving the way for a degeneration which precedes downfall” (page 144). Instead, Fischer-Dückelmann saw motherhood as a natural regulator of licentiousness (page 145).

Surprisingly, the author called for facilitating the divorce process: “As follows from the entire preceding chapter, numerous cases of pathological sex lives can be cured by means of a new marriage, or a temporary unmarried state. For this reason, we as doctors must speak out in favour of facilitating divorce, and facilitating marriage to the same degree” (page 123).

Fischer-Dückelmann was one of the first individuals to assume that change in the life of women must begin with women themselves, as such change is not in the interest of men: “Therefore, reducing or eliminating to a considerable extent the current misery of the female sex, both open and concealed, can be done in solely one way: nurturing girls so that they are as intellectually and economically independent as possible, and possess true dignity as women” (page 244).

Bilz’s “The New Naturopathy” was written by a male layman rather than a doctor at a time when no legal restrictions on contraception did exist. “The Sex Lives of Women”, on the other hand, was penned by a woman and doctor in an atmosphere characterised by censorship and legal persecution.

“The Sex Lives of Women” was apparently intended as a written defence and included a number of justifications and confirmations of conventional opinions, in addition to some isolated ‘provocative’ observations. For example: “Although many people are of the opinion that women were created solely for the pleasure of men, their equality is the key to new and paradisical heights of love!” (page 59). In other spots, she confirms a conservative opinion as a concession to a conservative readership, then goes on to add a mild qualification: “We have already emphasised the fact that all artificial contraception is in itself unnatural, and therefore immoral. At the same time, we are aware that similar efforts have taken place throughout history, and even uncivilised peoples found methods of influencing their procreation and limiting the number of their children” (page 165).

In contrast, Bilz could permit himself a bit more boldness: he quotes Dr Hartmann, according to whom “cases can occasionally arise where the justification [for employing contraception] becomes obligatory – but apart from them, we must grant married couples the right to make this decision, as they, and they alone, must bear the resulting responsibility and consequences” (page 1626).

Bilz’s book on naturopathy has an entertaining description of a factor that can influence the sex of one’s offspring: the mother’s diet. “The reason for this is as follows: the foetus, at first, has no sex, and sexual development starts in the third month. Therefore, a number of different influences, preferably nutrition, can determine the sex” (page 338).

In spite of her desire for emancipation, Fischer-Dückelmann never forgot whom she was writing for. A thoroughly charming insult early in the book left no doubt as to her intended audience (and their position): “We have also taken into account the fact that, because our book was written for women in particular, an alphabetical glossary of translations of foreign words can be found at the end of the book.” Well, thanks a lot, sister!

[1] Discussions concerning the protection of public morality, youth, and the prevention of procuring for sexual services led to the promulgation of a relevant law on 25 June 1900. According to its Section 184.3: “Whoever [...] 3. displays, announces or recommends objects intended for immoral purposes at places accessible to the public is liable to imprisonment of up to one year and a fine of up to one thousand marks or one of the two.” Antje Belau, “Emil Krönings Scheidenpulverbläser”, dissertation, 2005, pp. 33-34.