It’s better to wait to be a mom 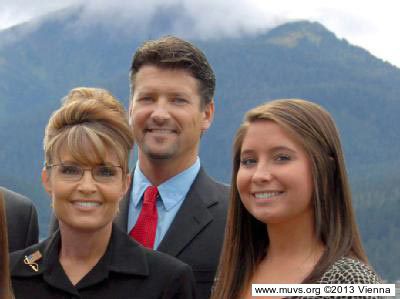 Bristol Palin wants to keep other young people from having to raise an unplanned baby. In 2008, her unplanned pregnancy became a subject of debate in the US Presidential elections when she fell pregnant at seventeen. Her mother Sarah Palin, a staunch advocate of abstinence before marriage, is Governor of Alaska and was standing as the Republican candidate for Vice-President.

In a Fox News interview in Febraury 2009, Bristol talked openly about how torn she was between her love for her baby son and the wish that she could have been ten years older before becoming a mother.

“"I like being a mom, I love it. Just seeing him smile and stuff, it's awesome...It is very challenging but it's so rewarding...Of course, I wish it would happen in ten years so I could have a job and an education and be, like, prepared and have my own house and stuff... I just hope that people learn from my story and, I don't know, prevent teen pregnancy I guess... It's not just the baby part of it that's hard, it's that I'm not living for myself anymore I'm living for another human being...I'd like to be an advocate to prevent teen pregnancy because its not a situation you strive for I guess...Kids should just wait--it's not glamorous at all!”

Bristol Palin’s TV interview came at a time when the number of teenage pregnancies in the USA is growing and the US Congress wants to review its existing policy of abstinence-only sex education programmes.

Bill Albert, Spokesman for the National Campaign to Prevent Teenage Pregnancy and unplanned Pregnancies, praises Palin’s contribution: “She doesn’t argue against babies or against starting a family, she just says she would rather have waited to have this wonderful experience. If she could turn back the clock, she would.”

Bristol Palin’s mother Sarah also seems to have realised in the meantime that abstinence alone is not a suitable message for young people. On the occasion of the interview given by her daughter she described advocating abstinence as contraception as ‘naïve’.

The picture shows Bristol Palin with her parents Sarah and Todd Palin.