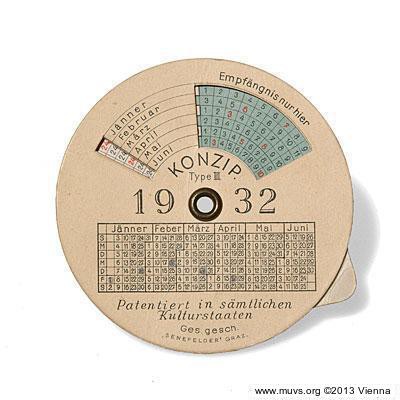 Who on earth was ’Ogino’, whose name has been associated with that of Austria’s Hermann Knaus? As is well known we owe to both of them the first correct calculation of fertile and infertile days in the female cycle, in itself a very unreliable method of contraception.

Working at the same time but independently, both Kyusaku Ogino (1882-1975) in Japan and Hermann Knaus (1892-1970) in Austria tried to find out whether or not there are fertile and infertile days and if so when they would be. Thanks to the German catholic (!) missionary Hubert Reinirkens, Ogino was able to study the scientific views of eminent German medical researchers Ruge, Fränkel, Schröder, etc. These tried to calculate the fertile days by counting from the first day of bleeding but Ogino reversed the method of calculation and counted backwards. He supported his theory by histological examination of the ovaries of 65 women with very constant cycles. In 1923 Ogino published a draft in "Hokuetsu Medical Journal".
Knaus presented his findings on womens’ fertile and infertile days at a gynecologists’ conference in 1929 in the German town of Leipzig.

In 1951 their method was recommended by Pope Pius XII in a speech given to members of the Catholic Italian Midwifes’ Association as the only acceptable and applicable method of contraception. Because of this and its high rate of unintended pregnancies it is nicknamed Catholics’ Roulette or Roman Roulette.

Hermann Knaus’s books have been scanned. These and a number of other historic books are available in our online library.
Unfortunately we have not yet been able to find a translated book by or about Kyusaku Ogino.