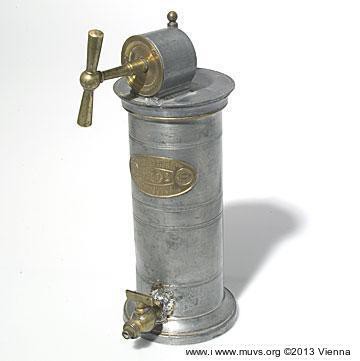 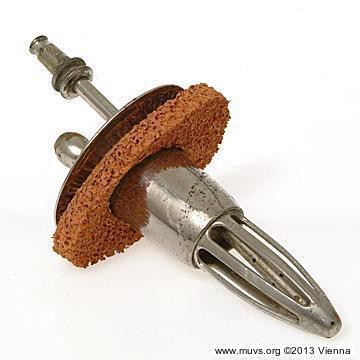 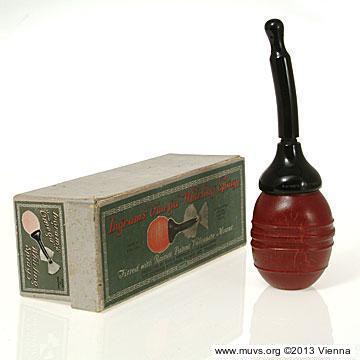 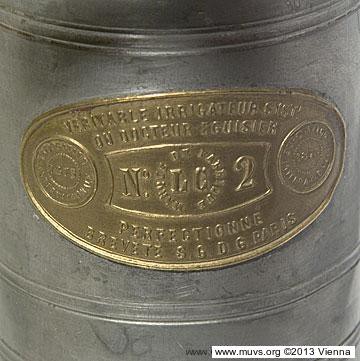 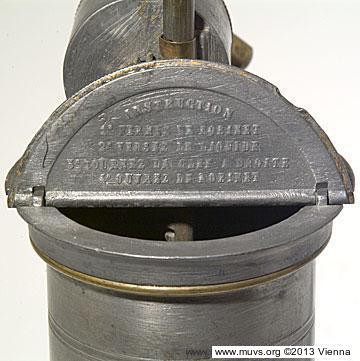 One hundred years ago, knowledge about the realities of reproduction was extremely limited. Public advertising of contraceptives was subject to criminal prosecution and sexual education was considered to be 'unmedical' by a majority of doctors who were enemies of contraception.

Contraception was therefore limited to condoms, occlusive enemas, cervical caps, and obturators used to hinder, immobilize or kill sperms in the vagina. The latter was effected via a precoital application of suppositories consisting of, among other things, cocoa butter and quinine, lysol- or vinegar-soaked sponges or cotton balls as well acid-containing powder introduced by way of a vaginal powder applicator. Vaginal rinsing with lukewarm, usually acidualted water necessarily had a mechanical as well as biological effect. These were usually carried out through the use of a douche that hung on the bedroom wall with a hose terminating in a vaginal applicator. Enema sprays, -pumps and -automats were in common use.

Numerous rinsing devices were constructed up until the middle of the twentieth century. These included the 'Hose Spray of Dr. Hintz', vaginal rinses and douches for travel, women's douche 'Russka', the 'Venus douche' and 'Universal Douche' and including various 'Picnic Models', the 'Hygieia Rinsing Device for Female Pleasure', the 'Experator', the doublechambered 'Circula-Rinsing Apparatus', as well as bell-shaped shower heads made of hard rubber, porcelain, and steal. The latter were used after intercourse. A rubber pump was needed to introduce a rinsing liquid from a bowl that stood on the nightstand by way of hose system inserted into the vagina with a sponge seal, and enabling the liquid to empty into a bucket under the bed. Well-off ladies were already provided with a bidet.