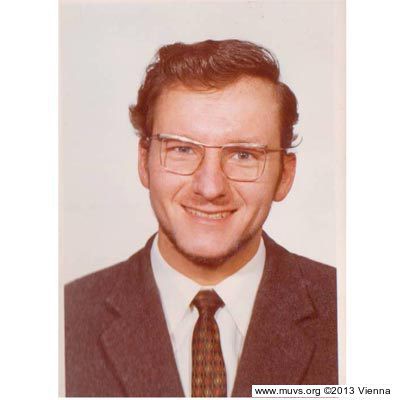 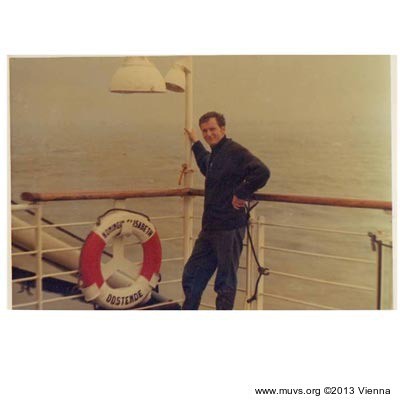 In 1969, at 26 years of age, Mr S. learned that he had apparently got a girlfriend pregnant. Although it soon transpired that this was not the case, it was such a shock for him that it left him impotent. He was quite determined not to have children.

Two or three years earlier he had met a man from Switzerlandwho had had a vasectomy, who told him in detail about the entire operation. He also learned from him that a vasectomy doesn’t negatively affect one’s sex life. But at the time a man in Switzerland could only get a vasectomyif he already had children and his wife gave her consent.

Mr S. visited the Family Planning Clinic that had already been set up in Vienna’s General Hospital. He wasn’t given any information about vasectomies, because they were still against the law, but he was advised to approach the publishers of illustrated magazines. His enquiries there produced 50 addresses of doctors and clinics all over the world, to whom Mr. S wrote. In August 1969 he received a single reply: an acceptance from the surgeon J.E.A. Wickham, in London. Mr S. called him straight away to make an appointment, went to his bank to withdraw the money and got on the train.

The journey took 24 hours. Mr S. arrived in London two days before the operation was scheduled, sought out cheap lodgings and reported to the clinic (20, Devonshire Place, London W.1.). Then he went sightseeing.

On 27th August 1969, Mr S. checked in at the clinic, was examined and prepped for surgery. Then he was allowed out until midnight. On 28th August he was given a sedative injection and a general anaesthetic, and he was operated on. This entailed cutting the vas deferens, folding over the severed ends and sewing them up. The next morning he ate a huge English breakfast and went back to his lodgings.

Although still a little affected by the operation, he was impatient to find out what sex would be like, so he went to a brothel in Soho: everything was fine.

It cost him approximately 9 060 Austrian schillings to have the operation, broken down as follows: clinic 2752 schillings; Surgeon 3307 schillings; stay in London 1000 schillings; train ticket 2000 schillings. This was the equivalent of three and a half months’ salary – at the time Mr S. earned 4200 schillings gross, or 3189 net.

The doctor had warned him that he would still have viable sperm in his ejaculate for the next three months.

Back in Vienna, Mr S. needed his stitches taken out. He went to a urologist, who got very cross because he couldn’t reconcile himself with the procedure (although he did take the stitches out anyway).

In September 1969, Mr S. won a foreign bursary to study in Sweden. There he went to see an urologist in order to make sure that he was no longer producing any viable sperm. This doctor too was a fierce opponent of vasectomies.

Mr S. stayed in Sweden for four years and then in England for two.

Whenever he had a new girlfriend he learned not to mention his vasectomy for as long as possible, because usually when women found out they very quickly decided that they didn’t want to stay with him.

He has been with his current partner for 20 years. She no longer wanted children when they met, but asked him to have his sperm tested so that she could be sure that she could safely stop using contraception.

Mr S. never regretted having had a vasectomy. It was performed exactly 40 years ago. Even at 67, he can still enjoy sex to the full. Whereas twenty years ago it was quantity, now it is quality…

Unfortunately he did have a small health problem: a knot or some thickening developed where the vas deferens had been sewn up. As a result, he sometimes experienced pain or hypersensitivity in his left testicle. A doctor injected a painkiller into this knot, and the pain has long since stopped, and only reoccurs occasionally and is very slight when it does.

Because he found his vasectomy so liberating, Mr S. is quite willing to talk about it. Men most of all want to know about orgasm after a vasectomy. Mr S. has also made contact with journalists.

September 1969: At a further education college in Sweden.