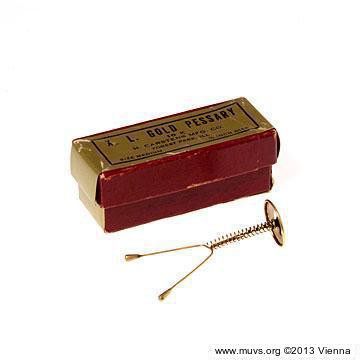 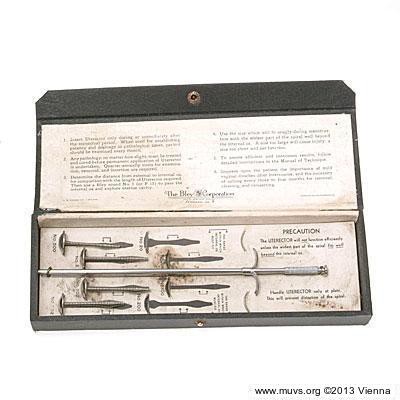 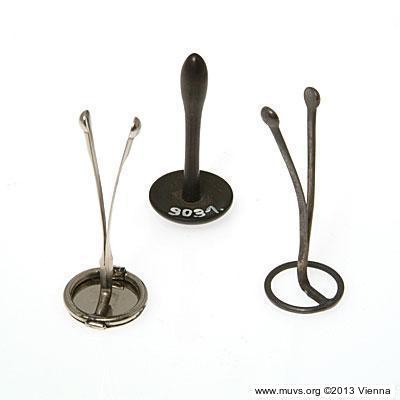 Especially frightening at the beginning of the 20th century were cervical pessaries, precursors of today’s coils. A small solid or open work disc some 20 mm in diameter, made from gold or some other material carried at its centre a small stick about 60 mm long which ended in two prongs resembling the letter “Y“. You might see some similarity with a golden cufflink or a mushroom. One idea behind these stem pessaries was to prevent the nidation of a fertilised egg in the uterus, the other was to shield the opening of the uterus against intruding sperm. Neither of these ideas worked, as sperm easily passes such an ineffective barrier and stems inserted into the uterus could induce severe irritation and infection – sometimes even perforation.

It was a technical challenge to find out how to insert these cervical pessaries with their two prongs. We discovered the simple but very smart solution to that problem in Megan Hick’s and Linda Adair’s leaflet “Taking Precautions: The Story of Contraception“ (1995). A piece of wax held the two prongs together while the pessary was being inserted and when the woman’s body heat melted the wax the prongs came apart and held the device in place.