The Language of Contraception: Camouflage and Euphemism 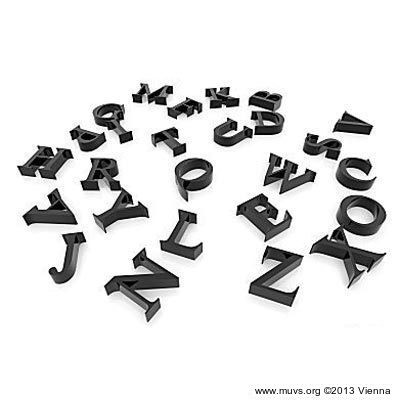 The unambiguous term anti-baby pill did not become socially acceptable until the 1960s. Before that, names had to conceal and be pregnant with meaning at the same time. For example, the Anti-Es (Anti-It) tablet: after being inserted into the vagina, it hindered the movement of any sperm that had managed to enter.

Spermatothanatos worked in a similar way: this tablet with the ominous appellation (thanatos = death) crippled sperm cells, immobilising them so they were unable to cause any trouble, such as fertilising an egg cell. This verbally aggressive terminology directed at the poor little sperm cells is understandable, as until the pill was invented, women saw themselves as helpless breeding machines. For example eight pregnancies within six years, harmless paraphrases are unsuitable when bare survival is at stake.

A proper dousing with water was the second method employed to prevent conception: vaginal douches, unpleasant for the woman and not especially effective. Here too, the names used in advertising, such as Niagara, Defender and Lady’s Shower, had to be decoded.

By the mid-19th century, contraception and abortion were as important as they are at present, but still taboo as topics of conversation. For that reason, the use of codes and euphemisms was widespread. Foreign terms such as Spermatothanatos (ancient Greek) proved useful for this purpose, as did linguistic cloaks such as Ehehygiene (marital hygiene), Menschenliebe (human love) and Damenlob (lady’s delight). In certain cases, adding the word safety or preventive to wholly innocent words were signals, such as in protective cap or safety ovula.

Regular newspaper readers could decipher adverts and announcements with mentions of female troubles or aid with irregularities: these expressions were used for offers of (back-alley) abortions, which were illegal in Austria until 1975.

The names given to condoms is another matter entirely: the change in the way they were used can be observed in the various brandnames, which also provide an outline of the history of sexuality. At the time the contraceptive pill became available, consumers could purchase an anti-baby condom: contraception was in. Birds ’n’ Bees promised a ‘natural’ and ‘gentle’ alternative to the pill. Some products appealed to romance and passion: Bolero, Joy, Ultrasensitive and Pleasure Plus. Other names referred to protection from HIV, such as Je me protège, Life Guard, Protector and Stop Aids, while a few dripped with male chauvinism: Big Ben, Rough Rider, Pride, Playboy and enormex. And a great deal of goodwill can be seen in the name Teenage Mum.