The story of the pill: A forgotten revolution 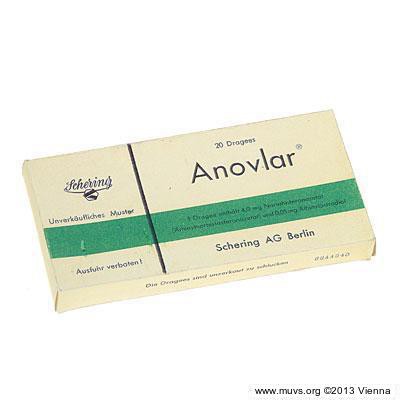 Everything starts in early 1951 at a New York dinner party, hosted by Margaret Sanger in her seventies, whose insights as a nurse had turned her into an ardent protagonist for birth control. Her most eminent guests are her friend Katharine McCormick, whose late husband was heir to the International Harvester fortune. Katharine is the same age as Margaret and shares her blazing commitment for birth control and women’s right to self-determination.

Ms. Sanger asks Pincus: “How much could it cost to find a perfect means for contraception?”
Pincus can neither guarantee whether it would be possible at all nor how long such an undertaking might last. So he answers: “For the beginning, $125, 000 Dollars would do to pay staff and material to collect and check every available scientific source.” The successful result is known: “The pill” was developed costing 2 million from the McCormick-fortune.

The pill’s development was based upon scientific findings from 100 years earlier when German Theodor Bischoff and Frenchman Felix Pouchet almost simultaneously find that the ovaries spontaneously release single eggs at regular intervals.

Two fundamental discoveries come from Austria: in 1890, Viennese Emil Knauer’s transplantations of rabbits’ ovaries display the influence of “substances” which are later to be called “sexual hormones”.
In 1919, Innsbruck’s Ludwig Haberlandt proves how pregnancy blocks maturation of further eggs in rats. He wonders whether an extract from pregnant mammalian ovaries might therefore block conception in man (woman).
Viennese gynaecologist Otfried Otto Fellner confirms Haberlandt’s findings and supports his efforts toward developing “hormonal sterilisation” although adequate pharmaceutical and technical requirements were not then provided. Sadly, Ludwig Haberlandt’s concept was nearly forgotten.

In 1938, the first synthetic production of the hormone estrogen by scientists working with the German company Schering builds a basis for advanced research. Until then, estrogen had to be expensively extracted from man and animal. For example, half a ton of pigs’ ovaries had to be processed to produce 30 /ug estrogen – which is nowadays one single pill’s content!

Natural hormones are not only very expensive to produce but are also very ineffective after oral uptake since they are digested. Another Austrian succeeds in solving this problem: Viennese Walter Hohlweg and collegues in Schering modifies repeatedly estrogen’s formula until one is found which works well taken orally.

Immediately, this ethinylestradiole becomes the most important contraceptive estrogen and still is part of each (combination) pill. In 1938, the same group synthetically produces Ethisteron which is the basis for the first generation of highly effective oral gestagens (corpus luteum hormones). The Third Reich halts all further developments since the law prohibits contraception.

Gregory Pincus builds his efforts upon all these findings. He wants to replicate the natural sequences of a woman’s body whereby ovulation is blocked for most days of the cycle and is permitted for only one single day. He checks more than 200 substances. In 1953 his team finds the right one and starts testing it in animals. In 1956 clinical tests in humans begin and in 1957, the USA approves 'Enovid' to cure disorders of the female cycle and promote regular bleeding.

Finally in 1960‚ 'the pill' gets U.S.-approval as a hormonal contraceptive – thanks to devoted catholic
John Rock. He explains that the pill would only imitate nature by blocking ovulation. The U.S. Food and Drug Administration accepts his word as a Harvard gynaecologist regarding safety and lack of harm. Four years later two million Americans are already 'on the pill'.

In 1961, Schering introduces the first pill 'Anovlar' into the German market ('Anovlar' meaning 'no ovulation'). Schering’s pill contains 50 /ug estrogen, very little in comparison to the U.S. 150 /ug pills. Today’s pills do not contain more than 20-30 /ug of estrogen.

The Europeans are more hesitant in accepting the pill than the Americans. Partly because UIDs (intra-uterine devices) are widely used, partly due to moral reasons. In the first years, only married mums of more than two get a prescription. Since sexual intercourse before marriage is taboo, no contraception is needed. Furthermore some men do not want a sexually self-determined wife. To cope with these obstacles Schering introduces the pill into the market as a remedy for disorders of the female period and lists infertility during treatment as one of its side effects.

Not only public opinion criticises the pill but also doctors do so. In 1964, no less than 140 resident doctors and 45 university professors deliver the 'Ulmer Manifest' to boycott the pill.

The Catholic church accepts the pill as a treatment for disorders of the female cycle. For many years, acceptance of contraception balances on a knife's edge. Devoted catholic scientist John Rock is positive about it since the Church’s acceptance of Knaus’-Ogino’s method of timing – meaning the separation of sexuality and reproduction – had, he argues, paved the way. The pill continues what nature already does in the monthly cycle by producing respective hormones intermittently in order to prevent pregnancy. After years of discussion and after having heard many, many experts – among them the Austrian Hermann Knaus, who opposes strongly – finally in 1968 Pope Paul VI. bans the pill in his encyclical 'Humanae vitae'. Nowadays, it is the number one pharmaceutical worldwide and consumed regularly by approximately 60 to 80 million users.

The monthly bleeding imitated by the pill is neither necessary for contraception nor for any health reasons. John Rock and Gregory Pincus developed this artificial cycle of 28 days to display further their idea of copying nature using hormonal means and to boost its acceptance. The developments over the last years have let to a distinct reduction of hormonal content.
One of the new trends will be to skip the monthly bleeding. First, it is not medically necessary. Secondly, having only on average 1-2 children there is no reason why a woman needs to continue with ovulation and menstruation during her entire sexually active life. Thirdly, the monthly bleeding is viewed by many women as a nuisance and waste.