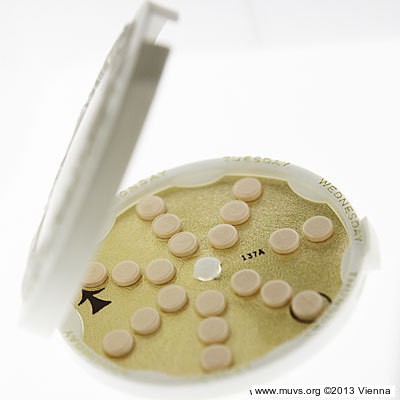 The journal near breathlessly reported about the 'hot potato' of hormonal contraception in an article entitled 'Pregnancy Prevented By Pills!'

The following are a few quotes from the printed interview.

Constanze: Are English physicians also allowed to prescribe these pills to unmarried women?

English gynecologist: In some cases we can prescribe the pill to a young woman who for some reason is unable to get married. However, in state-run family planning clinics that distribute the pill, one would most likely need to maintain certain restrictions.

Constanze: Is not a strong reduction in the birth rate to be feared given the ease of this method of birth control?

Answer: It is far worse when women and girls who never wanted to have a baby come to us in a pregnant state. We doctors can at that point no longer do anything to help them – even with these new pills. If the pill delivers on its promise, abortions will be reduced and ultimately, dishonest handiwork will be curtailed. Babies won't become extinct. There are enough women who want children and will have them.

'Enovid' was the first pregnancy prevention pill and appeared on the market in the USA in 1960. 'Anovlar' became available in West Germany in 1961 and 'Ovosiston' appeared in East German one year later, in 1961.