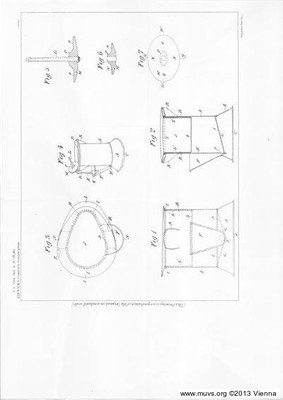 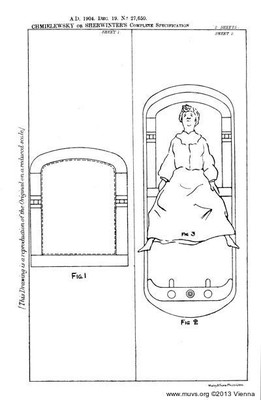 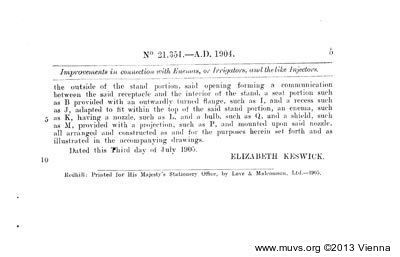 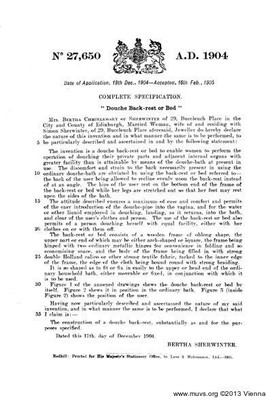 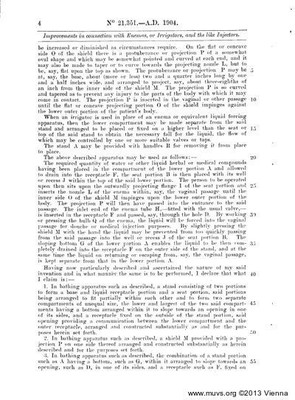 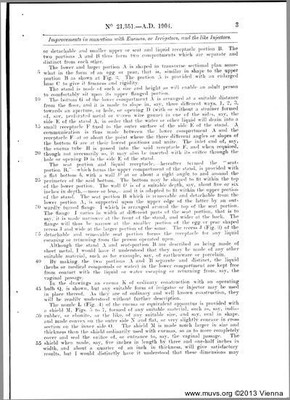 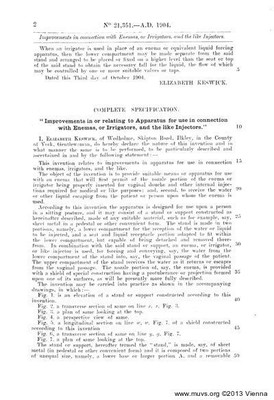 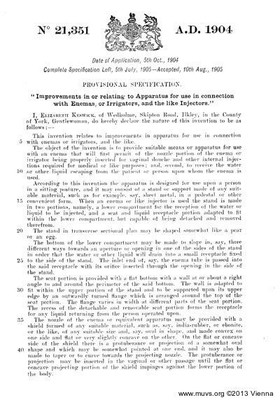 One of the most common contraceptive methods used in the 19th century was the vaginal douche. With the assistance of spermicides, semen was rinsed from the female genital tract immediately after sex. The practice was admittedly uncomfortable: the water was cold and fumbling with the spray in bed or the bathroom was embarrassing and an annoyance.

Two women inventors in Britain decided to help themselves out and optimized the inevitable.

To spare themselves and their female contemporaries the somewhat back-breaking use of a bidet, Berta Chmielewsky patented a back support that can be used in bed or the bathtub:

It consists of a wooden frame covered with calico material. It can easily be mounted and is adjustable. The hips of its user rest upon the bottom end of the supportive frame, while the legs are outstretched, so that the feet can rest against the edge of the bathtub.

This position is not only more comfortable, but it also makes it easier to insert the irrigator. The discharged liquid does not come into contact with the user of the device nor with her clothing, which makes it unnecessary for her to remove all of her clothes. According to the conception of its inventor, the back support even guarantees "a maximum of ease and comfort." Chmielewskys patent specification includes a precise description of the back support and its function and includes two clear graphic illustrations. The first (Fig. 1) shows the support itself. The second and third illustrations (Fig. 2 und Fig. 3) demonstrate how the object is situated in the bathtub and how its user is positioned.

Elizabeth Keswick developed a two-part structure consisting of a platform and a basin.

The principle of the invention can easily be deduced by Keswick's sketch. The user sits upon the seat (B) and brings it into proper position to comfortably insert the spray nozzle (L) into the opening of her vagina (P). The rinsing liquid is prepared in the lower part of the instrument (A). It flows through a valve (D) into the basin (F). The pumping of a rubber ball (Q) conveys the water through pipes (H und K) to the nozzle (L). The speed of the flowing liquid is regulated by pressing the external shield (M). After rinsing, the liquid collects in the upper part of the compartment. A tilted floor  (G) separates the clean solution from the liquid waste.

Keswick allowed her invention to be patented in 1904. Sketches accompanied a precise description on the utilization of the apparatus. They depict the seat from front, side and overhead points of view. The model is also presented in cross section. The application of the object is further clarified through this three-dimensional view.

The commercial success of both inventions is unfortunately not known to us.

• Improvements in or relating to Apparatus for use in connection with Enemas, or Irrigators, and the like Injectors, British Patent Nr. 21.351, for Elizabeth Keswick