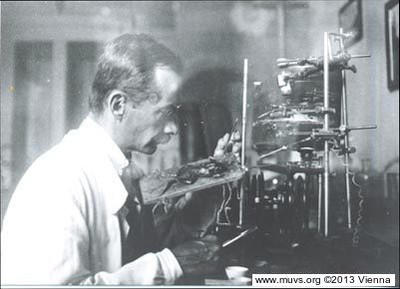 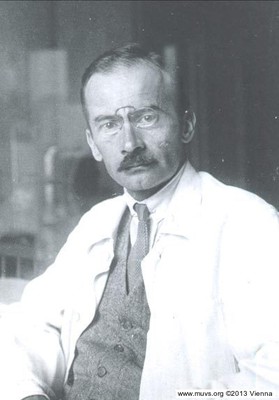 A few eminent Austrian scientists have contributed to its development, for example the Tyrolian physiologist Ludwig Haberlandt. In 1931 he wrote: “The problem of hormone sterilisation of the female organism, upon which since 1919 I’ve done experiments as the first researcher ... has been published by me already in 1924 ... I was encouraged in this work recently by the fact that developing a sterilisation pharmaceutical by a big company is well in progress having successfully completed animal testing and starting clinical tests very soon...”
Our thanks go to Ludwig Haberlandt’s son Walter – Emeritus of the Institute for Anthropology and Human Genetics in Tübingen – who has generously made available to us extensive material on the pioneer work of his late father.