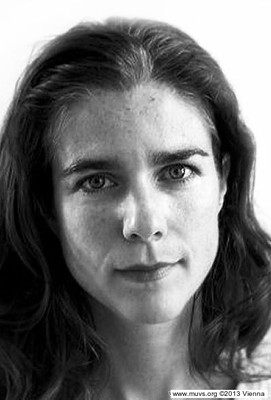 "Medical abortion belongs in the hands of women: if we trust women to have and raise children, we must also trust that they are themselves capable of deciding on an abortion and performing it." (Quote from Rebecca Gomperts, panel discussion on '40 Years of the Legal Abortion Limit', 26th May, 2015, Vienna)

It was an internship in Guinea, during her medical studies, that first brought her into contact with abortions. Initially she was working as a radiologist and surgeon, then she transferred to a Dutch abortion clinic.

As a ship's doctor for the environmental organisation Greenpeace, she learnt two essential facts: for one, she became aware that during a back-street abortion, one in 450 women dies (WHO statistic). That is the most common cause of death among pregnant women. For legal abortion, that figure, by contrast, lies at only one in 500,000. For childbirth, the risk is one in 20,000. Secondly, she learnt from a captain the legal trick and advantages of travelling under the Dutch flag through international waters: state sovereign powers diminish as distance from the coast increases. One need only sail out like that for two hours into international waters. Once the Dutch-registered ship finds herself there, Dutch law applies on board. And for abortion, that is particularly liberal.

In 1999, in Holland, Gomperts then founded the organisation 'Women on Waves', which operated the ship 'Langenort' for carrying out terminations for women in countries with restrictive abortion laws as well as for running workshops on family planning and contraception. Since then she has executed a large number of spectacular campaigns provoking strong public and legal dispute, including in Ireland (2001), Poland (2003), Portugal (2004), Spain (2008) and Morocco (2012).

In the summer of 2015, 'Women on Waves', together with other groups, deployed a drone that delivered abortion pills from Germany to Poland. In Poland, termination of pregnancy has, since 1993, only been possible in exceptional cases, for instance if the woman has been raped, if there has been incest, or if the life of the mother is in danger. The active agents of the abortion pill, mifepristone and misoprostol, are not approved in Poland, however are in the majority of other European countries.

Facebook has on a number of occasions tried to obstruct Rebecca Gomperts by deleting her posts. This obstructiveness in fact violates Article 19 of the Universal Declaration of Human Rights (http://www.ohchr.org/EN/UDHR/Pages/Language.aspx?LangID=eng) as well as Article 10 of the European Convention on Human Rights (Freedom of information, http://www.echr.coe.int/Documents/Convention_ENG.pdf)