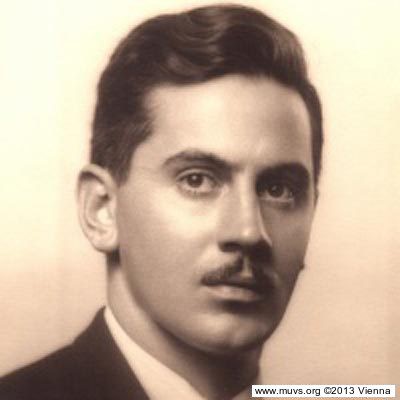 Although Carlos Galli Mainini (1914–1961, born in Buenos Aires, Argentina) was neither a gynaecologist nor a social reformer, his discovery gave women more control over their own lives: he developed the first reliable pregnancy test.

He studied medicine and specialised in endocrinology, the science of hormones, at the University of Buenos Aires. It was at this time that hormone research first enjoyed wide attention. After working at an outpatient clinic in Rome for a year, he received a scholarship for Harvard University in the USA. After returning to his native Argentina, he was appointed to a research position at the Institute of Biology and Experimental Medicine, directed by Nobel prizewinner Bernardo Alberto Houssay. In 1947, Houssay had received the award for his research on hormones’ effect on the blood-sugar level.

Beginning in 1952, Galli Mainini was the head of internal medicine at Lanús hospital in Buenos Aires, during which time he published a number of articles in domestic and foreign scientific journals. His most important achievement was developing a biological pregnancy test. Called the Galli Mainini Test, it quickly came into use throughout the world, as it was cheap, reliable and relatively fast.

In this test, a small amount of urine from the test person is injected into an adult male frog’s dorsal lymph sac. A pregnant woman’s urine contains the pregnancy hormone, human chorionic gonadotropin or hCG. This hormone causes the frog to produce sperm within three hours, and the sperm cells can be clearly seen under a microscope. The frog feels no pain during this test, and after two weeks the animal can be used for another test.

Galli Mainini’s real achievement was discovering that male frogs and toads are suitable for this test. Previously, female rats, mice, rabbits and frogs were used, and they reacted much more slowly. Furthermore, it was necessary to kill and dissect them to see the reaction.

Biological pregnancy tests are based on the similarity of two hormones: hCG is quite similar to luteinizing hormone, or LH. The brain uses LH, which is produced by the pituitary gland, to trigger ovulation and sperm production. When a woman is pregnant, her urine contains a large amount of hCG. In animals, this has an effect similar to overstimulation with LH and produces the same reactions.

Every researcher’s work builds on that of predecessors, and in Galli Mainini’s case the most important of them all was British biologist Lancelot Hogben. Hogben discovered a link between the mammals rats, mice, rabbits and humans, and (female) frogs. The brilliant inspiration and patience of Galli Mainini was then required for recognition of the advantages offered by male frogs and development of a test suitable for widespread use.

Beginning in 1947, Galli Mainini described his pioneering results in scientific journals and lectures, and then later in the book “The Diagnosis of Pregnancy with Male Batrachians” (142 pages), which had an introduction written by Nobel prizewinner Bernardo Alberto Houssay. Carlos Galli Mainini died at the early age of 47, presumably in Buenos Aires.

Galli Mainini’s pregnancy test is no longer used routinely: keeping frogs and toads in laboratories is too difficult and expensive, and most species are protected by law. The strip pregnancy test now most common produces results much sooner. The greatest advantage of the Galli Mainini Test, however, is increased independence for the women who use it. Tests can be performed at home, and the woman can make her own decision as to who will be informed of the result.

As in any such instance of an increase in freedom, there were fierce counter-currents: ‘While I admit that supplying morning urine samples to determine pregnancy is quite convenient, it gives me greater satisfaction to reach the same conclusion, with relative certainty and within an extremely brief amount of time, by means of comparative observation.’ (Hubert Bardenheuer, 1944). In addition, it was feared that informed women might decide to terminate their pregnancy after receiving an early diagnosis.