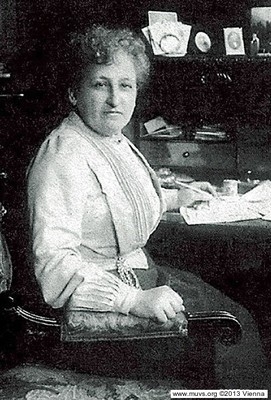 With no reliable methods for contraception before the Pill’s introduction in the 1960s, the issue was not seen as a part of a physician’s job. Moral and economic arguments were frequently used against it: Even considering family planning was suspected as an invitation for abortion. Furthermore, when recommending a certain product, physicians were afraid of being held responsible for any failure.

It was only Dutch physician Aletta Jacobs who started to relieve her patients’ problems during her training at an Amsterdam hospital: "During this time I saw with my own eyes the catastrophric results that frequent pregnancies can have for a woman. In long discussions they convinced me that sexual abstinence as their sole remedy cannot avoid pregnancies. I spent days and days looking for solutions."

Finally, Jacobs came across an article written by Flensburg physician Dr. Wilhelm Mensinga (1836-1910). In line with her own observations, he had seen women’s physical and mental ruin due to never-ending child-bearing. Even life insurance companies tried to deny coverage to wives of fertile age.
From 1871, women were fined and imprisoned (§ 218) for abortions, but simultaneously had to go without safe and reliable means of contraception.

After years of trial and error, Mensinga succeeded in developing his so-called pessarium occlusivum, consisting of a rubber cap bearing a flexible lip to seal the mouth of the uterus. After some tests with patients, in 1881, Jacobs started to offer the new method widely. The medical community’s reactions were fiercely hostile: "I had not really expected any support from my collegues, but even so I was surprised by the rage’s intensity. The whole medical world seemed to hate me."

Holland’s only female gynaecologist was advised to publicly repudiate her action and stop it immediately. Although she refused, severe doubts afflicted her: "If contraceptives were available – could a childless world be the result? Would they promote adultery? If the birth rate decreased, would it damage my country’s financial situation? Being a layperson in economics, these questions pursued and tantalized me. I found comfort only by realizing that a baby is most women’s greatest wish, which they would give up only for very serious reasons."

Her critics’ dishonesty weighed heavily on Jacobs: Most attacks came from gynaecologists and obstetricians, but these same critics came secretly to her office to learn about family planning methods. From their lecterns, clergymen fulminated against contraception, but brought their wives to Jacobs. Society ladies fond of using Jacobs’ methods said ugly things about her at their tea parties and sewing circles.


Later in life, Jacobs mostly engaged in activism to introduce women’s right to vote. She came to the issue as a physician required to pay taxes, but as a woman with no right to vote.

Aletta Jacobs was married to politician Carel Victor Gerritsen. In 1990, the University of Groningen began granting the Aletta-Jacobs-Award.