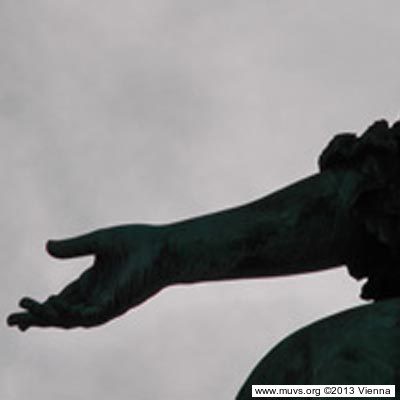 On 31 May, the Museum of Contraception and Abortion celebrated its first five years next to the Maria Theresa monument, which is between the two large museums across from the Hofburg. This location was chosen in remembrance of Maria Theresa’s penal code, ‘Constitutio Criminalis Theresiana’, which prescribed capital punishment for abortion. Of the four cardinal virtues attributed to the Empress listed on the monument, namely strength, wisdom, a sense of justice and mildness, this does not demonstrate a great deal of any of them. While the penal code, already behind the times when it came into force in 1768, was replaced only 20 years later, it settled prohibition for abortion and punishment for the women who had it done that continued to the modern age. Not until 1975 did Austria manage to liberalise the laws dealing with abortion.

Our grandmothers can tell us how things were in the past, and they do in Susanne Riegler’s documentary ‘The Long Arm of the Empress’, by showing their anger and rage about the humiliations they suffered. Representing a number of contemporaries‚ Elisabeth Haidler, Annemarie Indinger, Christine Käfer and Freda Meisner-Blau explain how women who became pregnant unintentionally were treated and the horrible methods, tools and substances they used out of desperation. Even more shocking than the physical pain are the memories of helpless rage at the degradations they endured. This attitude comes through loud and clear in a frequently quoted saying: A woman’s death is no tragedy, but a horse dying is a farmer’s nightmare!

The film gets under the viewer’s skin. So did the music by Evelyn Fink & Philipp Lingg which was performed at the beginning of the celebration: it is also unforgettable. Their exhaustive search of folk songs produced a surprising number of verses and mocking ditties that touch upon taboo themes. From harmless yodels to aggressive hip-hop, they presented a great deal of what they found to invited guests and tourists who happened by.

The evening was wrapped up with Beate Wimmer-Puchinger (the women’s health officer in Vienna), Ulrike Busch (professor of family planning at the Hochschule Merseburg university of applied sciences), Elisabeth Parzer (MUVS guide) and Christian Fiala discussing the question “Between the sexual morals of power politics and modern myths: how free is sex at present?”