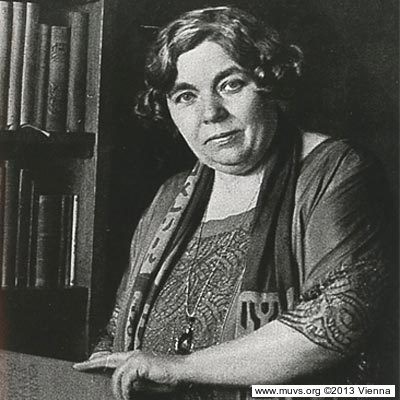 When reading her ideas, one might think that a mistake had been made with the years, which is how modern they sound. For example, that society “has no right to deem the prevention of reluctant motherhood a crime justifying imprisonment”. This was written by Helene Stöcker (1869–1943), German feminist, philosopher and journalist. She posed the question of “where and with what right does criminal law prohibit individuals from exercising complete control over themselves?”

As head of the League for the Protection of Mothers and Sexual Reform (Bund für Mutterschutz und Sexualreform), which she founded in Berlin in 1905 together with politician Lily Braun, feminist Henriette Fürth, economist and sociologist Werner Sombarth and social economist, economic historian and sociologist Max Weber, Stöcker called for the legal equality of children born in and out of wedlock and established homes for unwed mothers, since they were most profoundly affected by social ostracism. She also worked for early sex education, access to contraceptives, and repeal of section 218, which prohibited abortion.

From 1906 to 1932, Stöcker was editor-in-chief of the periodical “Die neue Generation”: “From the first few days of our movement, we have considered our task to be twofold, as it involves sexual reform and also social policy and modern culture in general.” This publication was dedicated to such taboo subjects as “Pardon of a Child Murderer”, “Unwed Mothers Permitted to Become Midwives”, “Against the Ban on Abortion”, “The Sex Lives of Teachers” (teachers were let go if they married or, even worse, became pregnant out of wedlock), etc.

Helene Stöcker was born on 13 November 1869 and grew up in a strict Calvinist family in Germany’s Wuppertal. Her schooling and professional training was, as can be expected, conservative. In 1893, she passed the examination for teachers in secondary schools for girls. She emancipated herself in her mid-20s: one of the first females admitted to audit courses, she studied Literary History, Philosophy and Economics at the University of Berlin. But women were not yet permitted to obtain a degree, so Stöcker went to Glasgow and then Bern, becoming one of the first females to earn a doctorate in Literature, in 1902.

Stöcker became one of the most important voices in the women’s movement that was growing stronger at the time, championed the admission of women to university, and fought for their sexual liberation. Later in life, she was a vehement pacifist and opponent of military service. After the National Socialists’ rise to power, the situation became difficult for her: in 1937, she was stripped of her citizenship and doctorate degree, her bank account was seized, her writings were put on the list of “harmful and undesirable printed materials”, and her manuscripts were burned. Stöcker was able to emigrate to Switzerland and then the USA, where she died soon afterwards.

Quotes taken from the periodical “Die neue Generation” (in German) can be found on http://de.muvs.org/topic/helene-stoecker-die-neue-generation-1919/.

The list of books banned by the National Socialists (in German) can be found on http://www.berlin.de/rubrik/hauptstadt/verbannte_buecher/index.php