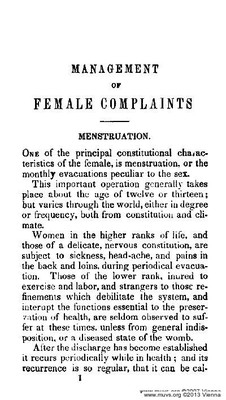 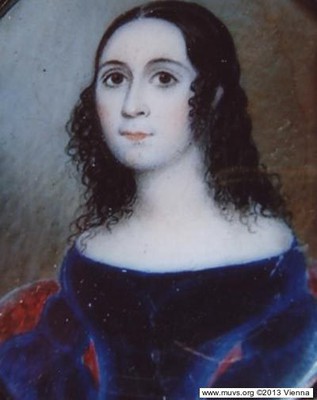 In the mid-nineteenth century Charles und Anna Lohman published their book ‘The Married Woman's Private Medical Companion embracing the treatment of menstruation, or monthly turns, during their stoppage, irregularity, or entire suppression. Pregnancy, and how it may be determined; with the treatment of its various diseases. discover to prevent pregnancy; the great and important necessity where malformation or inability exists to give birth. to prevent miscarriage or abortion. when proper and necessary to effect miscarriage. when attended with entire safety. causes and moder of cure of barrenness, or sterility’ under the pseudonym A. M. Mauriceau. Using the name of Francois Mauriceau (1637-1709), an obstetrician at the french court, who commanded the women to lie in bed while giving birth, the Lohmans called themselves Dr. Mauriceau and Madame Restell from 1838 on.

Published in 1847, it was an astonishingly early work on this subject. For receiving the publishing license it was necessary to abide by the rules: “Entered according to Act of Congress, in the year 1847, by Joseph Trow, in the clerk's office of the District Court of the Southern District New York.”

Their best-selling book can be understood as advertisement for their enterprise: They ran a lucrative mail-order business and abortion service in New York City from the 1840s through the 1870s. Their enterprise flourished; they soon opened branch offices in Boston and Philadelphia and moved into a lavish mansion on Fifth Avenue. In 1878 Madame Restell was arrested and could not buy her freedom as she had in previous cases. The night before she was due to be tried she killed herself by cutting her own throat. She was so well known that the practise of abortion was sometimes referred to as ‘Restellism’.

This book, like all our other books of sociological or medical historical value, has been scanned and can be found in our online library.

Also read the articl: The Notorious Life of a Nineteenth-Century Abortionist