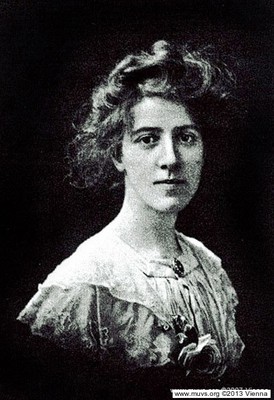 The Scot author, suffragette and family planning pioneer Marie Stopes (15th October 1880 – 2nd October 1958), who penned the above quote, was an educated and well-travelled woman. After studying geology, botany and geography at University College London she gained her PhD in Munich. In 1904 she became the first woman to teach science at the University of Manchester.

Her great achievement was to bring into the public arena the subject of contraception within marriage, as well as her campaign for better understanding of women’s needs, greater respect for their nature and recognition of the physiological differences between the men and women. In 1918 she published two books on these subjects, 'Married Love' and 'Wise Parenthood', which were translated into 13 languages.

Women and men both had much to learn:

“Woman is not essentially capricious; some of the laws of her being might have been discovered long ago had the existence of law been suspected. But it has suited the general structure of society much better, for men to shrug their shoulders and smile at women as irrational and capricious creatures, to be courted when it suited them, not to be studied.”

She continues:
"We have studied the wave-lengths of water, of sound, of light; but when will the sons and daughters of men study the sex-tide in woman and learn the laws of her Periodicity of Recurrence of desire?”

We enlightened children of the late 20th century find it almost impossible to imagine now how desperately needed Stopes’ crusade for understanding of the female soul was. The prevailing contraceptive practice of the time was to our modern minds dreadful – for men, but especially for women:

"It often happens, nowadays, that dreading the expense and the physical strain of child-bearing for his wife, the husband practices what is called coitus interruptus - that is, he withdraws just before the ejaculation, but when he is already so stimulated that the ejaculation has become involuntary. In this way the semen is spent, but, as it does not enter the wife's body, fertilization, and consequently, procreation cannot take place. This practice, while it may have saved the woman the anguish of bearing unwanted children, is yet very harmful to her, and is to be deprecated. It tends to leave the woman in "midair" as it were; to leave her stimulated and unsatisfied..."

Stopes published a newspaper called ‘Birth Control News’ in order to teach people about sex. Her campaigning pitted her against both the Church of England and the Catholic Church: in 1922 she lost a libel case against Dr. Halliday Sutherland, who described her “monstrous campaign” for birth control as a “serious crime”.”

As well as giving speeches, writing books and publishing articles, Stopes also evaluated new contraceptive methods, such as a small 'Pin or stud-like apparatus supposed to close the male urethra'*, which had been shown to her by its inventor. She judged the concept harshly: "It appeared to me wholly dangerous and absurd ... I know of no argument against its total condemnation."

With the financial support of her second husband, Stopes opened the first British birth control centre in Britain, in London in 1921, which became a model for similar family planning institutions in other countries.

Today, Stopes is often criticised on grounds of her stance on eugenics, as she supported sterilisation for those with hereditary defects. Knowing what we know now, it is difficult for us to understand the reasoning that led her to that conclusion, because we are chillingly familiar with the impact that such policies subsequently had.

The ‘Pin or stud-like apparatus supposed to close the male urethra’ is on display in the museum.

The full text of Married Love can be found online here:http://digital.library.upenn.edu/women/stopes/married/1918.html