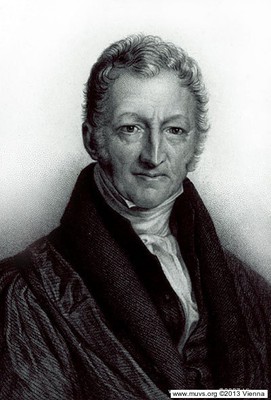 Thomas Robert Malthus, English economist and intellectual, accounted for the modern history of family planning with his Essay on the Principle of Population.

Due to widespread poverty, many children starved or froze to death, or died from untreated illness and neglect. Malthus therefore proposed the prevention of unwanted pregnancies in order to reduce the rate of infant mortality. He advanced the opinion that the increase of food production was not adequate to population growth. He proposed that the birthrate be reduced through sexual abstinence and postponed marriage. Effective contraceptive methods were not yet available. Some of Malthus’ supporters also recommended the implementation of abortion. Malthus’ approach influenced many trends and schools of thought including Darwinism (survival of the fittest), another argument for neo-Malthusianism in the form of a plea for prohylactic prevention of unwanted pregnancies.