Abortion in Novels and Plays 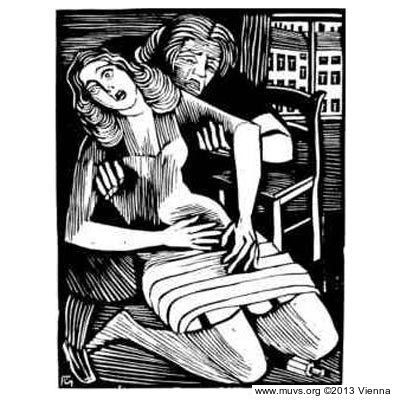 “I believe I could even convince a hardened opponent of abortion to understand that there can be certain situations where a woman wants to have an abortion, provided that she suffers as a result. Does she admit she simply won’t love her child, he will despise her and – where abortions are still illegal – will regard her as a criminal. I’m convinced that the real taboo involves not so much the abortion itself as women’s motherliness.”

“I don’t like ... the slogan ... ‘My stomach belongs to me’ because it ... seems to apply solely to these nine months, which can be regarded with reluctance and which can be filled with great difficulty. At the same time, they represent no more than a relatively short period in one’s life, which a woman – cheerfully or reluctantly – must sacrifice in order to have a child.”

These quotes are from the book Meine ungeborenen Kinder by German writer Charlotte Worgitzky, who was born in 1934. In it she intertwines theatre and life: during rehearsals of Friedrich Wolf’s classic 1929 play, the actors are asked to share their views and experiences involving abortion, and the actress Martha is given the task of reflecting on the six abortions she has had. The result is an honest look at various individual’s circumstances, mistakes, love, the growth and death of relationships, self-awareness and the role played by men.

This novel was released in 1982 by Berlin’s Der Morgen publishing house, and in 1995 dtv brought out a paperback version. It represents one of the classics of feminist literature. Wolf’s stage play Cyankali can be read online on https://nemesis.marxists.org/wolf-cyankali-218-druckversion.htm