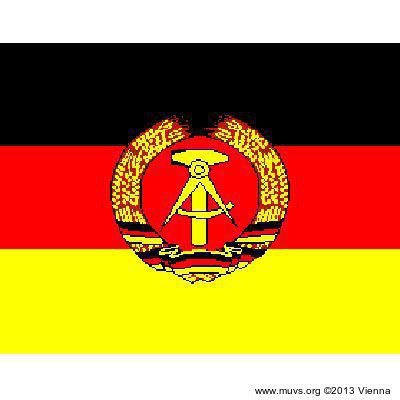 “Equal rights for women in education and on the job; in married and family life necessitates that they are entitled to make their own decisions concerning pregnancy and whether to carry it to term.” On 9 March 1972, East Germany’s Law on the Termination of Pregnancy was passed, which gave women “the sole responsibility for making decisions concerning termination of a pregnancy”, which included the number and timing of her pregnancies. Pregnant women were then entitled to terminate by means of a medical procedure performed at an obstetric-gynaecological facility within twelve weeks after conception. The health-insurance system and labour law treated preparations for the abortion, the procedure itself and follow-up treatment in the same way as illness.

This made the East German law quite progressive, as women were basically entitled to terminate a pregnancy as long as they did not violate any laws. In contrast, abortions are in principle illegal in Austria, though certain exceptions were made.

East German law was groundbreaking with regard to conception also: when prescribed by a doctor, contraceptives were given to women with health insurance free of charge. This is something that Austria has still failed to implement.

The reasons for this law were the large number of illegal abortions, which resulted in 70 to 80 deaths each year, and the realisation that financial and legal obstacles to conception and abortion were not effective methods of encouraging births. Instead, a number of instruments were implemented beginning in the early 1970s, such as rent subsidies for low-income families, a reduction in weekly working hours at full pay and longer vacation entitlements for women with at least three children, an extension of paid maternity leave after a birth, from two to three months, and interest-free, long-term loans for young married couples, with reductions in repayments if they had children.

In the late 1980s, the number of abortions compared to pregnancies carried to term in East Germany approximated the figures in the Federal Republic: about one abortion for every three births.

Addendum: East German women were permitted to have a maximum of two abortions each year. This can be understood in two different ways: it either expresses the view that abortions are not preferable to consistent use of effective methods of contraception or it represents a kind of reprimand for undesirable behaviour.