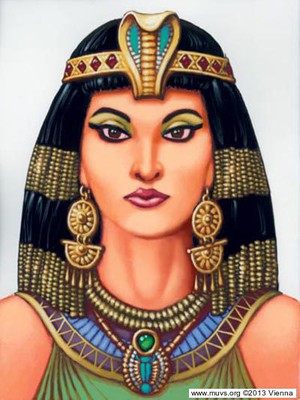 The first indications that abortion was common in ancient civilizations appear in the Ancient Egyptian Papyrus Ebers, which dates from ca. 1600 BC. It describes a method by which “the woman empties out the conceived in the first, second or third time period“. For this, there were various herbal drinks as well as vaginal douches and vaginal suppositories.

Although fertility was valued highly in Ancient Greece – particularly when it produced a male heir – large families were not always considered ideal, either socially or in terms of population policy. Plato and Aristotle postulate that the State should be neither too big nor too small. Aristotle saw early abortion as an appropriate means of maintaining a constant population size. Plato called on women “to ensure preferably that the embryo, when one is conceived, does not ever see the light, but where this cannot be prevented, to keep it as though there is no food for such a one”. The Greek Polis attributed neither right to life nor soul to the unborn child.

Abortions were generally performed by midwives rather than doctors. Hippocrates recommended three categories of abortion methods:

- Internal methods, such as purgatives and emetics.

- Methods that exert direct pressure on the uterus, such as pessaries soaked in harsh substances

- Mechanical effects brought about by pressure on the body (carrying heavy loads) or shaking the body (jumping and hopping).

An accumulative approach was said to guarantee the desired result. The first category was supposed to weaken the embryo, the second to open the womb and the third to stimulate the expulsion of the embryo.

Contrary to popular opinion, the Hippocratic oath does not in any way contain an absolute ban on abortion. Hippocrates wrote, “I will never, not even when requested, administer a fatal poison or advice, and in the same way I will never give a woman a pill to abort an embryo”. Recent research shows that he refers to the use of a specific substance in a particular form of application: it does not amount to a general prohibition on performing abortions.

The attitude of the Romans was similar to that of the Greeks: succession was desirable so long as it guaranteed the inheritance and care in old age. However, having too many children was a threat to existence. Having children was often seen as a societal and social problem, since child-raising could for example keep members of the upper classes away from their banquets and theatre performances. Other aspects discussed were: Women worried about their looks or needed to conceal a pregnancy if the child was from an extramarital relationship. The lower classes worried about being able to feed a bigger family. Prostitutes worried about not being able to work.

As in Greece, Rome accorded the foetus neither right to life nor soul, but saw the foetus as a part of the woman’s body: “the embryo is namely, before it is born, a part of the woman, specifically of the internal organs” and “it is said that an embryo not yet born is not a real person“. One can infer from documents that abortion generally took place between the third and seventh month.

Roman doctors already possessed a vast and varied knowledge that they could use to meet the huge demand for abortion. More than two hundred abortifacients were already known, of which around 90 per cent were genuinely effective. The precise names of the substances that could be used to abort a pregnancy are given in their writings of doctors such as Dioskurides or Soranus of Ephesos.

So called expulsion methods induced bleeding from the uterus and contractions. They included helleborus and castoreum. Other drugs containing essential oils or bitter agents were supposed to cause a stillbirth. Appropriate preparations were made before ingestion: hunger cures and bloodletting were supposed to weaken the body. Douches and baths were supposed to target and aggravate the mucuous membrane of the vagina.

After: Robert Jütte ‘History of Abortion. From Antiquity to the Present Day’