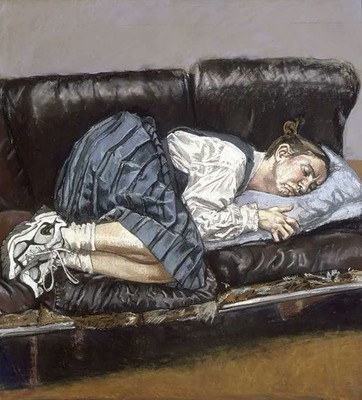 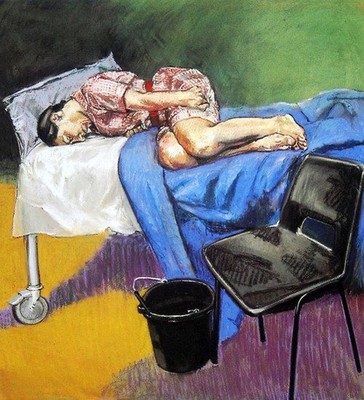 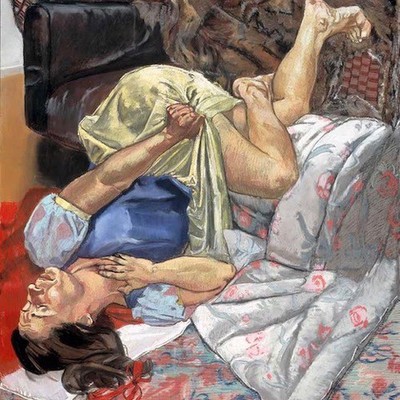 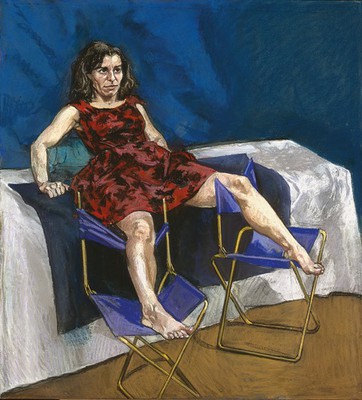 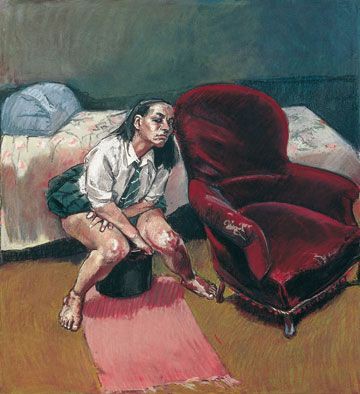 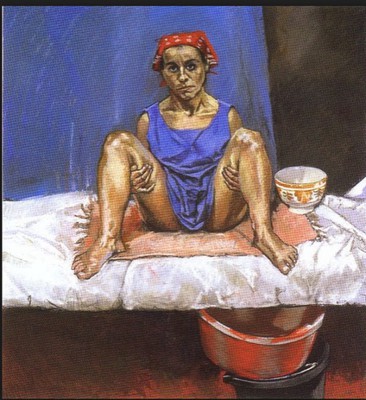 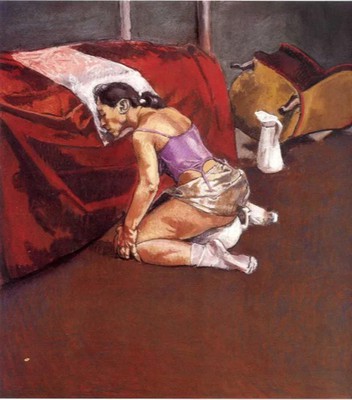 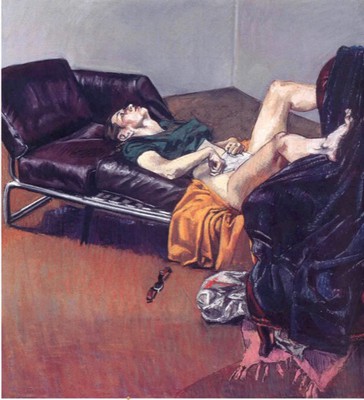 One of the best-known activists in the fight for the legalisation of abortion in Portugal was the Portuguese-British painter Paula Figueiroa Rego (26.1.1935 - 8.6.2022). In 1998, she created a series called Untitled, which was later given the additional title The Abortion Pastels.

Rego made these works in response to a referendum that had taken place that same year that was supposed to relax abortion laws, but which she felt had received too little support (and which was narrowly defeated). Each of these pictures depicts a woman just before or after a prohibited abortion. In them, Rego processed her own experiences as well as those of friends and acquaintances. The unidealised depictions highlight the fact that abortions are a part of reality, whether legal or illegal. However, the women are not portrayed as victims in the pictures, but look the viewers directly in the face. Their emotions aren't portrayed overtly, which makes them seem incredibly strong.[1]

In an interview with the newspaper The Guardian, the painter said of them: “It highlights the fear and pain and danger of an illegal abortion, which is what desperate women have always resorted to. It’s very wrong to criminalise women on top of everything else. Making abortions illegal is forcing women to the backstreet solution.”

In fact, it was only in 2007 that the current regulation came into force in Portugal, which states that elective abortion within the first ten weeks is legal. Since 1984, abortions had at least been permitted if the mother's life or mental state was endangered (up to week 12), in the event of rape (up to week 16), or if the child to be born was deformed or would suffer from an incurable disease (up to week 24). Estimates at the time spoke of around 20,000 illegal abortions every year.

Portugal has around 10 million inhabitants, 52.4 percent of whom are women. 94.4 percent of all women of childbearing age use contraceptives, which have been provided free of charge by the National Health Service to every resident of Portugal since 1976 – regardless of their nationality, legal status or age. Sex education has been a compulsory subject in schools since 2008. As a result, the number of teenage pregnancies, for example, has dropped significantly: from 26 per thousand (in 1960) to 6 per thousand.

In 2021, the Tate Gallery in Britain exhibited a comprehensive retrospective of Paula Rego's oeuvre. To accompany it, a podcast was produced about her work on the subject of the body, autonomy and abortion rights:https://www.tate.org.uk/art/artists/paula-rego-1823/art-body

Rego has received numerous accolades for her work and her commitment, including being made Dame Commander of the Order of the British Empire in 2010 and having asteroid 6015, discovered in 1991, named after her.

We would like to thank Dr Teresa Bombas, Director at The European Society of Contraception and Reproductive Health for the information she provided.