European countries have abortion bans too 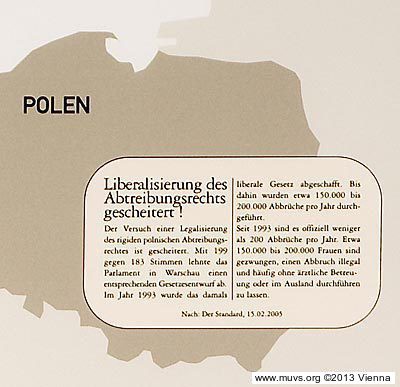 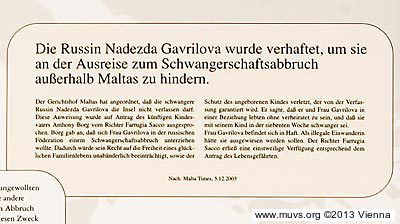 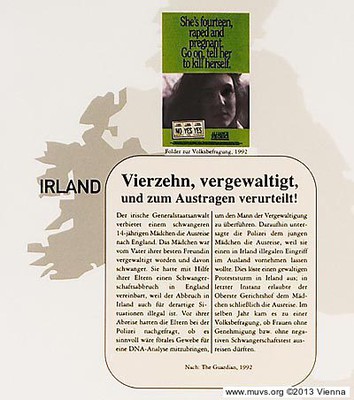 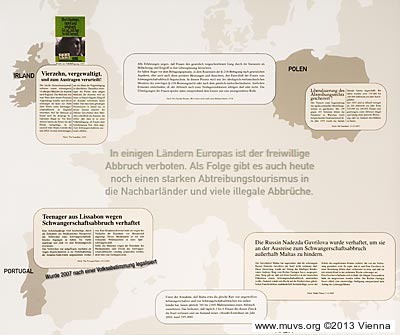 Even in 2012, Ireland, Poland, Malta and Monaco are not prepared to let women decide for themselves about their fertility: despite being members of the European Union, these countries force abortion underground, with the result that it is either very expensive or is performed under medically primitive – and therefore dangerous – conditions.

“Abortion tourism“ to safe countries is correspondingly high. The phenomenon is familiar from Austrian history: until abortion was legalised in 1975, Austrian women used to travel to Hungary, the former Czechoslovakia or England.

Abortion was legalised in Portugal in 2007, following a referendum.

Worldwide, approximately 25% of people live in countries with strict abortion laws, primarily in Latin America, Africa and Asia. In some countries, such as Chile, women are even sent to prison for having an illegal abortion.