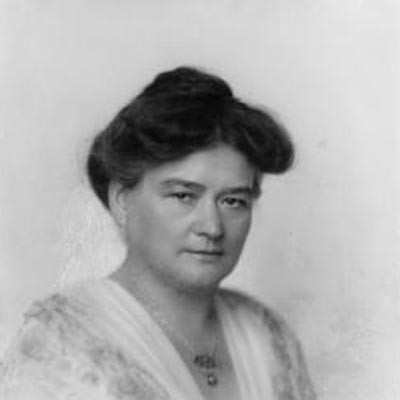 Since 1975, abortion has carried no penalty in Austria when it is carried out by a doctor within the first three months of pregnancy (§ 97).

Why did this regulation not exist much sooner? And why is there the restriction to doctors? At the beginning of 1921, member of parliament Adelheid Popp, together with comrades, already submitted a much more comprehensive proposal to the Austrian National Assembly.

The Arbeiter-Zeitung (Paper of the Labour Movement) reported on it: “The Social Democratic members of parliament, through member of parliament Adelheid Popp, have introduced a motion to the National Assembly that does away with enforced motherhood. Criminal law famously declares that foetal abortion is punishable under all circumstances. The pregnant woman who wants the abortion is punished as the perpetrator, and anybody involved, as an accomplice. The law only stipulates that those who act against the will of the pregnant woman are punished more severely. Popp’s motion now demands that the pregnant woman be exempt from punishment when she undertakes the abortion within the first three months of pregnancy. If she undertakes it later, she should be punished, but only on account of a lesser offence and not a felony, as is currently the case. Similarly, everyone who plays a part – no matter at what time – should be punished if they are not a doctor; so, the legal situation would be as follows: the abortion carries no penalty when it is undertaken in the first three months by a doctor. The strict clauses regarding abortion against the will of the pregnant woman of course remain in force. The motion also calls for the removal of the exception clause for unmarried women. An unmarried woman who gives birth will namely be punished when she does not call for any assistance with the birth or when the birth takes place without assistance and she does not register the birth within twenty-four hours. The fact that this clause is aimed only at single women proves that it is not implicitly necessary, and there is of course no justification for it as an exception clause to which only unmarried women are subjected.” (Arbeiter-Zeitung from 29th January 1921, p. 6.)

As we know, the motion did not pass. But it shows how early the Social Democratic women recognised the brutality and injustice of the prevailing legislation, and how they had pushed for changes.

Adelheid Popp knew what she was talking about: she herself hailed from the very poorest of the working class; her mother had 15 (!) children, of whom 10 did not survive. The father was an alcoholic weaver who brought home only very little money. Both the mother and the children had to contribute to the family income just to be able to survive. Adelheid was removed from school at ten years old – despite the legal requirement to attend school, and against the advice of her teachers – and was sent in search of work.

With her brothers, she frequented workers’ assemblies and soon spoke up to talk about the conditions for female workers (12-hour working days, low pay, no health insurance). She could indeed read, but barely write, and had no command of spelling. Nevertheless, she wrote articles and, with the help of friends and via private study, she caught up on much of the education she was lacking due to her meagre three years at school.

Because of her political agitation, she was spied upon by the secret police, turned in, sometimes acquitted, sometimes put in prison. She got recognition and support from deserved comrades and forward thinkers in the party, such as August Bebel (1840 – 1913), Viktor Adler (1852-1918) and Friedrich Engels (1820 – 1855). In 1892, with others, she founded the Austrian Arbeiterinnen-Zeitung (Working Women’s Newspaper), and then in 1902, together with Therese Schlesinger (1862 – 1940), the Society of Social Democratic Women and Girls – against considerable resistance from party leadership.

The first speaker in parliament

In 1918, she was voted onto the party executive committee of the Austrian Socialist Party (SPÖ) and the Vienna City Council. In the same year, Austria introduced active and passive suffrage for women (11 years later than that for men). And so, in 1919, finally, eight female representatives were also able to enter parliament – among them, Adelheid Popp. She spoke as the first woman in parliament.

In her essays and speeches, Adelheid Popp tackled the “classic” women’s issues: reforming marriage law, liberalisation of abortion law, equal pay for equal work. She led a successful campaign against authorities in Lower and Upper Austria for making garnishments against women who had just given birth and who were unable to pay the costs for their delivery in the maternity clinic. “The authorities wanted to appropriate for themselves the four-week sickness benefit that was due to the new mothers!”

In demanding a ban on night work, she was combining the interests of two groups that, in her opinion, needed very special protection: women and young people.

Additional demands on her agenda were the introduction of maternity leave and the construction of maternity homes, but also socio-political topics such as the introduction of women’s suffrage or the equality of women in marriage. She herself was married to Julius Popp (1849 – 1902), also a pioneer of the social democratic movement, who also supported her in developing her political demands concerning women as well as in looking after their household and two sons.