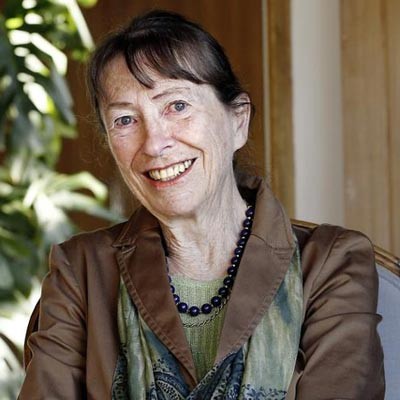 As late as 2002, abortion on demand during the first three months of pregnancy was legalized in Switzerland – some 25 years after Austria and Germany. Unlike in Austria, abortion fees are covered by the health insurance as in all other West-European countries.

The fact that Switzerland has legalized abortion can be significantly attributed to Anne-Marie Rey´s efforts: Her father, a gynaecologist himself, had been convicted of illegal abortion twice. He even conducted an abortion on his daughter when she got unintentionally pregnant much to soon. Years later, in 2007, she depicted her despair, helplessness and incensement over this undesired pregnancy and the struggle for the liberalisation of abortion in her book ‚Die Erzengelmacherin‘ - The Archangel Maker. The book´s title originates from a dismissive comment a conservative MP formerly made on Rey´s engagement.

Rey studied at the interpreter school of the University of Geneva and was trained in dance. 1971 she founded a committee that launched a confederate petition for a referendum on decriminalisation of abortion. 1973 she co-founded the Swiss Association for Decriminalisation of Abortion (SVSS). It took another three decades and four referendum campaigns until abortion up to the twelfth week of pregnancy became exempt from punishment.

As far as women´s rights are concerned, however, Rey realised, one may never act on the assumption that a once gained right would apply forever. Just in year 2014 a referendum petition assembly ‚Financing abortion is a private matter‘ pushed for abatement of abortion from the basic insurance list: Those who make up their minds in favour of abortion should bear the costs themselves. The initiative was widely refused in the referendum.

Anne-Marie Rey regarded the option of abortion as an important step towards equality between men and women: ”As long as women may not choose their motherhood freely, the equality between sexes will remain a dream.“

Due to efforts of Anne-Marie Rey and her fellow combatants Switzerland today ranks among countries with very low abortion rates: Currently merely one out of ten pregnancies gets interrupted; while it used to be every third one in the 1960ies.

Decade after decade, Anne-Marie Rey continued her intense lobby work beside her occupation as translator, household work and raising of three children.