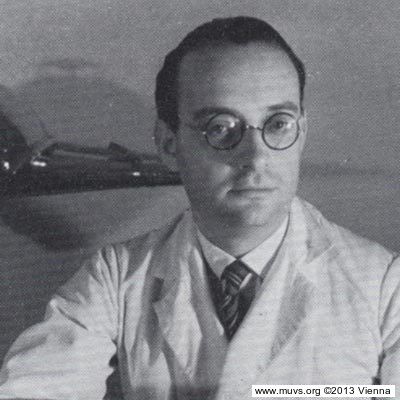 The 1920s and 1930s saw remarkable progress with laws related to sexual topics and social politics. This trend could only be continued after the years of national socialist power and subsequent rebuilding of the society and economy. One of the greats from that early era who deserves special mention is Dr. Hans Lehfeldt (28. 10. 1899 till 18. 6. 1993).

Hans Lehfeldt is considered one of the pioneers of the social movement for family planning. In his time, the only known and recommended method was Coitus interruptus – which of course resulted in a large number of unwanted pregnancies. Being head of a public counselling service for marital and sexual problems in Berlin, he fought for repeal of the abortion ban. He wanted even more than this – to provide his clients with contraceptive devices.

His medical collegues resisted his campaign. At a lecture he said: "We frequently provided contraceptive means in our counselling service.... We did this not only to respond to health needs, but even more often to social needs. ... From our experience it is very important that doctors and especially gynaecologists seriously attend to the important task of contraception...."

In 1932, the same was said even more clearly by Alfred Grotjahn, founder and first head of Germany's Institute of Social Hygiene: "It is more than urgent that doctors take over responsibility for counselling concerning preventive techniques. Right now, it is druggists, midwives, barbers, waiters and backyard hawkers who decide which preventive methods should be used.... To do their job well, doctors themselves must master preventive techniques... to prevent inadequate or even dangerous advice from suspect sources. Doctors can prescribe contraceptive devices without any hesitation, even when no medical or eugenic but only economic motives are given by patients..."


Contraception was a medical taboo

Lehfeldt was heavily influenced by Margaret Sanger, the American pioneer of family planning. In Germany, she gave several lectures on contraception, for example in 1927 following the International Conference on Population and Development in Geneva. Sanger even tried to distribute Lehfeldt's "Book of Marriage" in the USA, but was thwarted by censorship.

Due to the lack of reliable methods, contraception was of low interest to doctors. This changed only in the 1960s, when the "Pill" was introduced. Doctors had both moralistic and economic reasons for ignoring the topic. First, public mentions of family planning were understood as propaganda for illegal abortion. Second, doctors feared they would be fined for recommending ineffective contraceptive devices.

Additionally, Nazi leaders were not interested in contraception – quite the opposite. The moment they gained power, counselling services were shut down. Access to contraception and abortion was blocked. Even previous clients were at risk. In order to protect them, Lehfeldt and his collegues had to hide their index cards and medical records.

As a Jew and a social reformer, Lehfeldt was in serious danger and had to leave Germany in 1935. Just in time! Originally, only public information on contraceptives was forbidden, but in 1941 contraceptive devices themselves were banned.

After World War II, Lehfeldt did not return to Germany but stayed in the USA and became co-founder of the respected Society for the Scientific Study of Sex.