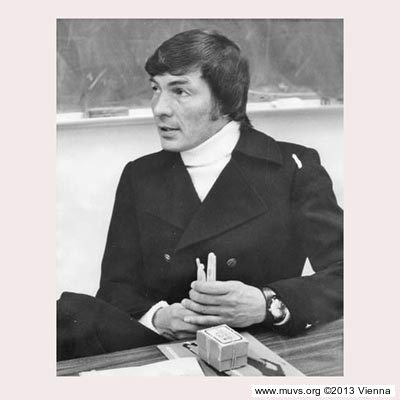 The Californian psychologist Harvey Karman invented the soft, flexible suction cannula that is used in early abortions all over the world, a tube so thin that it can be inserted into the wombs of even young girls painlessly and without the need for drugs. Karman died in Santa Barbara in 2008, at the age of 84.

It took a long time for Karman to win recognition for his technique. This was partly due to his unruly character and partly to his complicated personal history: He came from an extremely broken family, had an unsettled youth, and was a high-school dropout, before serving as a GI in World War Two. In the framework of a soldier reintegration programme he was able to go to university, where he studied psychology and theatre studies. In order to be able to converse with his medical colleagues, he began presenting himself as “Dr.” Karman PhD.

When Karman was a student in the 1950s, abortion was illegal, and abortions were therefore performed in poorly lit backrooms with poor hygiene and without the appropriate instruments. A fellow student who found herself with an unwanted pregnancy committed suicide and another died from a botched abortion. As a psychologist, Karman began to take an interest in the emotional aspects of medical (induced) abortion. He organized a counselling service in order to help women, as well as abortion trips to Mexico. Eventually the high prices and inadequate level of care led him to start performing abortions himself. Karman was repeatedly convicted and jailed for his illegal activities.

Protest and resistance with no thought for himself

Karman fought for women to be able to safely induce early abortions themselves. To that end, he came up with a soft and very thin plastic cannula that was cheap to manufacture and easy to sterilise. This small and seemingly insignificant invention resulted in a dramatic improvement in the health and survival rates of women, because the cannula’s flexibleness meant that the wall of the uterus was hardly ever perforated. In contrast, doctors in the 1970s were using ever bigger and ever more rigid metal tubes, which was both painful for women and dangerous.

In 1972, Karman reported in a medical journal that of 560 abortions, performed by 45 women who had received several weeks’ medical training and used instruments developed with patients, only 17 patients had required treatment by a gynaecologist. Karman never allowed his invention to be patented and, in between prison sentences, trained doctors and paramedical staff in several countries in the use of his cannula.

In 1971, Karman travelled at the invitation of the government to Bangladesh, as head of a five-person team of abortion experts in order to perform abortions on children, young girls and women who had been raped in the Indo-Pakistani war. The team visited remote villages and provided training in the use of his cannulas to midwives, civic leaders and anybody else who wanted to learn.

The landmark “Roe-versus-Wade” decision of the Supreme Court of the United States (22nd January 1973) determined that abortion was protected by the right to privacy. This meant that Karman’s fight in the USA was provisionally at an end. In 1973 his invention was already in use in 45 States and it continues to be widely used today. He continued to search for simple methods for late-stage abortion, also often spectacularly and not without controversy.

In later years he travelled through Bangladesh, India and China in order to fight for women’s rights and safe, simple abortions.