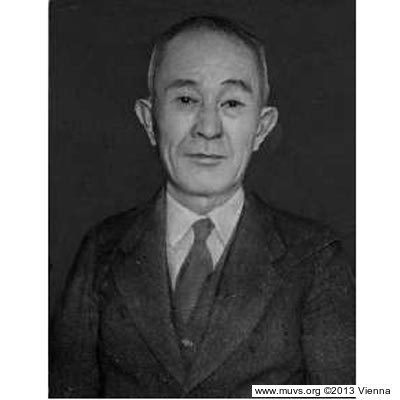 Initially, his discovery was met with scepticism: “If this method’s so good, why wasn’t it found sooner?” was how his publisher described the most common reaction from readers. And then listed off three similar examples of innovations that were not taken seriously at first and later proved to be major blessings: the telephone (1876), moving images (1895) and local anaesthesia (1898).

This is the story of how the safe and unsafe days of the menstrual cycle were discovered by the Japanese gynaecologist Kyusaku Ogino. In May 1919, Ogino began working on female fertility. He was familiar with the contemporary discussion of the subject among (German-speaking) scientists from translations by missionary Hubert Reinirkens, SVD, (1893–1976) and thanks to his own knowledge of the language (in Japan, German was the language of medicine, much like Latin in Europe). From routine gynaecological operations performed in the subsequent years, Ogino chose 65 women who proved to have a particularly regular menstrual cycle. He opened their abdominal wall and examined their ovaries and, if present, the corpus luteum. In February 1923, his observations were published in Hokuetsu Medical Journal, and in his article Ogino criticised the then common method of calculating when ovulation would take place by counting the days beginning with the first day of menstruation. Instead, ovulation can be determined more precisely by counting back from the expected beginning of the next menstruation. On that basis and in light of the connection between ovulation and development of the corpus luteum, he was able to determine the days on which fertilisation was possible and when it was not.

Ogino was ten years older than his Austrian colleague Hermann Knaus, who presented his own observations on the menstrual cycle’s fertile and infertile days in 1929. While the two men worked wholly independently, the conclusions they reached differ only slightly:

Although Ogino began his research before Knaus, recognition was delayed because of his location: in those days, Japanese journals were largely ignored by Western scientists. Not until he travelled to Germany to give a speech in 1928 and published his findings in the German gynaecological journal Zentralblatt für Gynäkologie were they recognised and properly appreciated by Knaus, Fränkel, Schröder and other scientists working in the field.

Because of the close resemblance and concurrence of the two scientists’ findings, the calculation method was named for them both, even though they worked independently, and is known as the Knaus-Ogino Method. On 1 January 1975, Ogino died at the age of 92 in Yorii-Cho, in Central Japan.