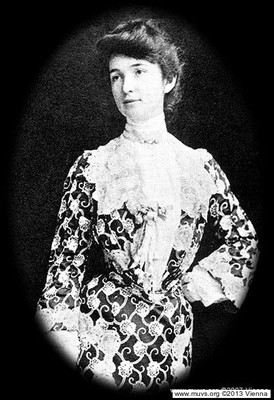 Sadie Sachs, 25, from New York was married to a truck driver and mother of three children. In July 1912 she undertook a self-abortion; her husband found her unconsciously lying on the kitchen floor bleeding heavily and called for the doctor. When her sepsis had been successfully defeated after desperate weeks she pleaded with her doctor: “How can I avoid having more children?” His simple answer was: “Tell your husband he should sleep in the loft.”
Three months later Sadie was dead; this time she had been to a five-dollar-abortionist. It was not the first case that the nurse Margaret Sanger (1879 – 1966) was confronted with. “I can see them in front of me, these poor, weak, frail and devastated women. Year after year there is a new baby on its way, then another, and another.” No less than 100,000 illegal abortions per year were estimated for New York alone. Little Sadie’s fate influenced Margaret Sanger’s decision to finish her palliative work as a nurse and in social service so she could “understand the evil’s roots and do something to improve the outrageous misery of unlucky mothers.”

In 1912 she began writing a column on sexual education for the ‘New York Call’, entitled ‘What Every Girl Should Know’. This experience led to her first battle with the censors, who suppressed her column on venereal disease deeming it obscene. Two years later Sanger published the first issue of ‘The Woman Rebel’, a monthly that advocated militant feminism including the right to practice birth control. In 1916 Sanger opened the USA’s first birth control clinic but after only nine days in operation it was raided, and Sanger and her staff were arrested. The following year she established another monthly, the “Birth Control Review“, and in 1921 she embarked on a campaign of education and publicity designed to win mainstream support for birth control by establishing the ‘American Birth Control League’.
In 1929 Sanger formed the ‘National Committee on Federal Legislation for Birth Control’ to lobby for birth control legislation that granted physicians the right to legally distribute contraceptives. In 1952 she helped found the ‘International Planned Parenthood Federation’ (IPPF).

Through all her work for birth control, Sanger was consistent in her search for simpler, less costly, and more effective contraceptives. Not only did she help arrange for the American manufacture of Dutch-style spring-form diaphragms that she had been smuggling in from Europe, but in subsequent years she fostered a variety of research efforts to develop spermicidal jellies, foam powders, and hormonal contraceptives. Finally in the 1950s, her role in helping to secure critical research funding made possible the development of the first effective anovulant contraceptive – the birth control pill.

Sanger’s support of eugenics is very problematic for those of us around today, because we saw how short the path to National Socialist euthanasia was. The term eugenics was coined in 1869 by the British doctor and naturalist Sir Francis Galton (1822–1911), and it was actually aimed at improving the health of the population and its descendants and reducing the passing on of (then untreatable) diseases. The starting points were therefore health care, housing and living conditions, nutrition, hygiene, working conditions, and education.

Sanger focused on the issue of abundant children. An average of fifteen pregnancies, from which around ten births would follow, meant, in poor living conditions, a vitally significant weakening of the health of the woman in question. Sick parents, constant hunger, poor housing and hygiene, too little and dirty drinking water, untreatable diseases – all these are catastrophic starting conditions in life. In her day-to-day work, Sanger saw that those who have fewer children are better able to care for their health and well-being.