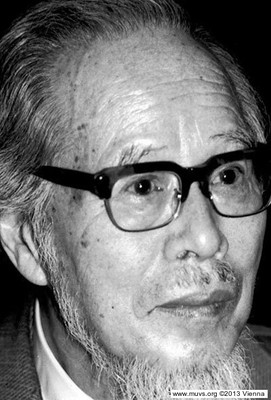 One of the most popular ‘coils’ was that developed by the Japanese gynaecologist Tenrai Ota, the ‘Ota Ring’. Dr Tenrai Ota, born in 1900 in the Japanese village of Migochi, earned his doctorate in 1925 at the University of Kyushu and specialised in gynaecology at Kyoto Teidai University.

At this time, there was scant tradition of contraception; instead, abortions were frequent, and lucrative for the medical profession. Ota’s colleagues declined to concern themselves with birth control and judged it to be indecent. Rather, it was quacks that operated in this area, or people without medical expertise. Despite this negative image, Ota began to busy himself with the subject.

Starting in 1927, Ota undertook his own investigations. To start with, he had to find doctors and patients who would cooperate with him. He succeeded in this with the help of family members and friends: in particular, the wives of doctors with whom he was acquainted supported him. He studied the literature on various experiments, even the use of x-rays and radium rays, and ultimately concentrated on two established concepts: on the one hand, there had been attempts “to obstruct” the vagina, so as to prevent sperm from infiltrating. Sponges and bungs, for example, had been used for this purpose, but also mushroom-shaped pessaries, whose “cap” was intended to cover the entrance to the womb. On the other hand, he came across observations which said that foreign bodies introduced into the womb could prevent the implantation of a fertilised egg. Bundles of hair or silk threads were used for this purpose, but gold balls were also inserted. However, these prototypes did not stay put in the womb, but were quickly expelled.

In 1933, he learned about the Gräfenberg Ring, a successful intrauterine pessary (‘coil’) in ring form that had been developed by the German gynaecologist Ernst Gräfenberg. What was new about the Gräfenberg Ring was its shape: a ring wound round with silver wire, which lay in the womb in its entirety. Ota wanted to combine the benefits of this ring with those of the golden balls. He made the ring stronger by adding three suspension devices shaped like ‘spokes’ that met in the middle. Over the course of his experiments, he modified the original golden balls to one central disc, which was easier to manufacture and did the job of increasing surface area just as well as a ball.

He made this new model out of gold or silver and named it the ‘Precea Ring’ at first. The word ‘precea’ is an English-Japanese neologism for ‘pressure’. Through articles and lectures, Ota attempted to make the pessary famous as a type of contraception, and to change public opinion. Due to political changes, and then Japan’s accession to the fascist Axis powers (with Germany and Italy) in 1940, his situation got worse and worse, until contraception was finally banned. Ota became a political target; in order to evade further arrests he changed his name (from Takeo to Tenrei) and, in the end, went fully into hiding.

After the Second World War, Ota continued with his work on birth control. As gold and silver were heavily rationed at first, he experimented with other materials. Due to good luck, at precisely this time nylon and polyethylene were brought onto the Japanese market. Ota’s first attempts with this material admittedly failed, due to technical and technological difficulties. Yet in the end, he was the first to exploit the malleability of this material, which made insertion into the womb very much easier. Between 1927 and 1966, he developed around 20 prototypes of ‘coils’ made from gold and gold wire, ivory, silk threads, hairs, nylon, vinyl and polynylon, as well as corresponding tools for insertion and removal.

Although his developments met with great condemnation from politicians and the medical profession – religious and medical concerns were cited – they eventually prevailed. The Ota Ring was worn by many women in Japan up until the 1980s. Ota died in 1985.