Can a Pleasantly Designed Contraceptive Pill Reduce the Number of Abortions? 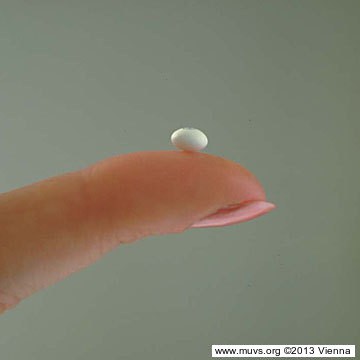 “What goes on in the mind of a female youth or young woman who has just had unprotected sex?” asks Viennese advertising expert Toman Rom. “She’s panicking, because she’s afraid of getting pregnant. Let’s assume that she has successfully dealt with the logistical obstacles and obtained her first ‘morning-after pill.’ ”

As is revealed in basic behavioural psychology, every new and unfamiliar product is met with suspicion at first. These negative emotions are compounded by warnings and demonization by the church and other conservative circles that describe the product – against their better knowledge – as an ‘abortion pill’.

How to fight this? The field of healthcare is just like branded products in general in terms of what to do, according to Rom. “Three things are important: a product name with positive associations, intensive dissemination of advertising and information to make the product more familiar, and packaging designed to address the user’s emotions in a positive way. Marketers know very well that consumers must ‘love’ a product before they use it.”

Packaging design in the health field is often very poor, says the advertising expert, as it focuses on doctors and pharmacies instead of users. “But since electronic scanners are now commonly used, printing the name in large script is not as important as in the past. And a dominant manufacturer’s logo is not as relevant for users as companies would like it to be.” Designing the product so that it is ‘visually attractive’ and inspires trust is vital.

There are no statistics about how often women end up not taking a morning-after pill (because it’s difficult to obtain, too expensive, the user doesn’t know very much about it or is afraid) and instead merely hope that they don’t get pregnant. But the current ‘Austrian Report on Contraception’ (Österreichischer Verhütungsreport) shows how a dangerous mixture of conservativism and ignorance is to blame for the high number of unwanted pregnancies in Austria: 28% of all Austrians rely on a few unreliable techniques like ‘premature withdrawal/coitus interruptus’, the rhythm method or other forms of ‘natural’ family planning. Surveys in Germany have shown that these methods are considered satisfactory by solely a small segment of the population there.

Toman Rom concludes by saying that “Providing users with advertising and information, plus positive package design for contraceptives – such as the morning-after pill – could help increase acceptance of this medication, thereby reducing the high number of abortions performed in Austria.”