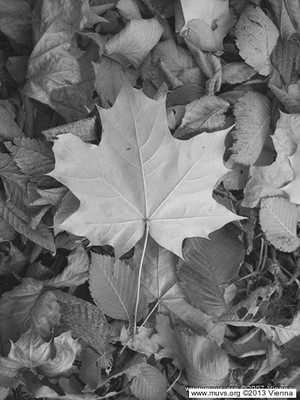 In January 1988, the law prohibiting abortion – which had still been in force until then – was declared invalid and removed from the statute books. Since then abortion has been fully decriminalized in Canada and is now treated just like any other medical intervention.

The Canadian experience has shown that laws and penalty clauses are extraneous to abortion control and have negative effects on women’s health. The neighbouring USA, which in parts has such restrictive legislative controls that they are often tantamount to an abortion ban, makes for interesting comparison: Canada has one third less abortions (relative to population size), and of women who have abortions, more do so in the first few weeks of pregnancy than in the USA. Another positive effect: Canada has the lowest rate of complications for abortions and the lowest maternal mortality rate in the world.

This victory of common sense was something fought for by the general practitioner Dr. Henry Morgentaler (born in Poland in 1923, died 2013). He started his first clinic in Montreal in 1969, where he openly performed abortions although this was still illegal at that time, in order to spare women the inconvenience and humiliation of the legal hurdles, barriers and stumbling blocks to obtaining an abortion. He was soon arrested for performing illegal abortions. After the Supreme Court of Canada overturned his acquittal in 1975, he spent ten months in jail. But in 1983 he opened two more clinics in other provinces. Criminal charges and court proceedings again followed, but his battle led eventually to the repeal of the abortion law by the Supreme Court in 1988.

Abortion laws contrary to rights to life, freedom and security

In its reasoning, the Court ruled that the abortion laws were contrary to women’s rights to life, freedom and security. Forcing a woman to continue an unwanted pregnancy against her will under threat of punishment, or providing her with an abortion on the basis of criteria that had nothing to do with her own priorities and life goals would constitute a profound violation of her bodily integrity.

Since the abortion law was repealed, abortion is regulated in the same way as any other medical intervention: doctors are legally bound to fully inform the patient and ensure that she has reached her decision herself and in full understanding of all the circumstances. If required, women are offered professional counselling to help them make a decision.

According to a recent study published in the renowned medical journal 'The Lancet'*, legislative regulation of abortion does not affect the number of procedures performed. The good example set by Holland, however, shows that what can favourably influence the numbers is providing extensive information about and simpler access to contraceptive methods (Dutch-born women have the lowest abortion rate in the world because they are best at using contraception).

In 2005 Dr. Morgentaler was awarded an Honorary Doctorate from the University of Western Ontario “for his determination, courage and effectiveness in the fight for human rights, especially the right of women to make their own decision regarding reproduction.” On his 80th birthday Morgentaler was given the highest Canadian Order, the Order of Canada.