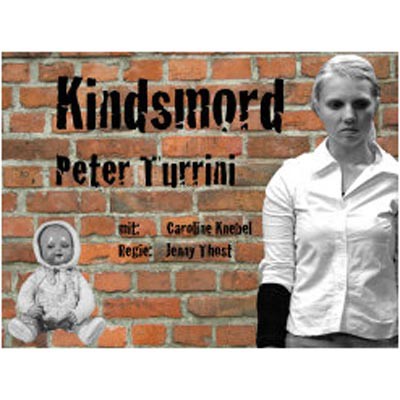 The theatrical sensation of 1973 dealt with the murder of a child, when the Austrian author Peter Turrini based a play on a newspaper report. “At the home of her well-to-do parents, a 26-year-old murdered her ten-day-old baby. It is assumed that the woman was mentally confused at the time.”

“All the reports, particularly the media’s, were filled with nothing but disgust. I visited this woman in prison and later in the hospital where she was committed. The criminal case wasn’t what interested me, but this young woman’s emotions and sensations”, said Turrini.

The protagonist wasn’t given a name, because ‘she’ represented any number of women, any number of stories. The main theme was a life determined by others: she wanted to please everyone, and her life was run by her father and by her boyfriend; she was in a constant state of dependency. Afraid of making a mistake. “Just tell me what you want”, demands her partner.

At first, ‘she’ tries to perform an abortion herself. When this fails, she visits a doctor – though the pregnancy is too far along by that point. Then she drowns her daughter during the first days of the girl’s life.

While such stories are extremely rare, they always result in spectacular headlines: “Five-time child murderess considered a good mother until the crime”, “Life in prison for 28-year-old for child murder”, “Baby thrown away in dustbin”, “Body of baby found in trash can” and “22-year-old suspected of stabbing baby”.